The Conference, which ends today, is intended to raise awareness among younger generations to enable them to have an objective, honest and accurate image of one another. From this perspective, three related themes will be considered over the next three years. In 2013, the theme “The Image of the Other” focuses on education, with the presence in Vienna of a number of education ministers from all over the world; next year’s forum will be dedicated to means of communication and finally, in 2015, the Internet will be the focus of attention.
END_OF_DOCUMENT_TOKEN_TO_BE_REPLACED END_OF_DOCUMENT_TOKEN_TO_BE_REPLACED

Other cardinals on the council were in attendance as well for the presentation of Jesuit Father Antonio Spadaro’s book, La Mia Porta ‘E Sempre Aperta (My Door is Always Open), an expanded version of the interview with Pope Francis published in Jesuit periodicals around the world in September. Rodriguez said the title of the book could well be the main theme of Pope Francis’ pontificate.
END_OF_DOCUMENT_TOKEN_TO_BE_REPLACED END_OF_DOCUMENT_TOKEN_TO_BE_REPLACED 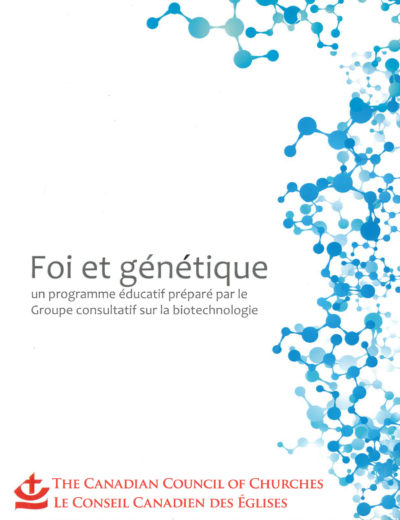 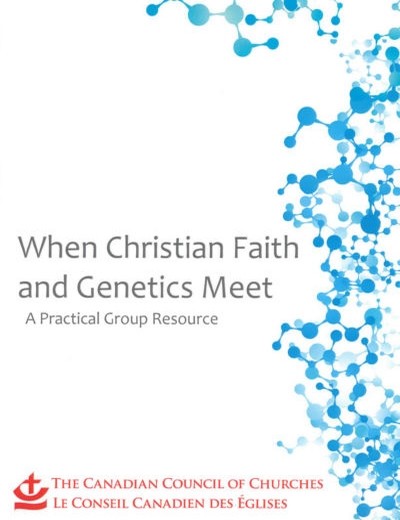 When Christian Faith and Genetics Meet: A Practical Group Resource

Many families in our communities are questioning how their faith interacts with genetic science.

For instance, Frank and Julie are planning on having a child, but before conceiving they want to undergo genetic screenings to discover the chances they have of passing on a genetic disorder to their children. Neither wants to have an abortion. If there is a high risk of a genetic disorder they plan not to conceive, but to adopt. Is this ‘playing God’? If your partner has a history of deafness in their family, should you consider genetic testing?

Scenarios like these are addressed in a new resource from the Canadian Council of Churches’ Biotechnology Reference Group, “When Christian Faith and Genetics Meet.” It offers five case-study modules based on topics in genetics, as well as very basic introduction to genetics and genetic technology.
END_OF_DOCUMENT_TOKEN_TO_BE_REPLACED END_OF_DOCUMENT_TOKEN_TO_BE_REPLACED

WCRC gives thanks for 65 years in Geneva

At a service in the chapel of the Ecumenical Centre in Geneva, the World Communion of Reformed Churches (WCRC) marked the more than six decades in which the Reformed church family has been based in the Swiss city. In January 2014, WCRC’s operating office moves to Hannover, Germany.

“We gather here to join our hearts in thanksgiving for 65 years of God’s presence,” said WCRC General Secretary Setri Nyomi. He recalled that the Presbyterian World Alliance, a forerunner of WCRC, moved from Edinburgh to Geneva in 1948 to be near to the newly-founded World Council of Churches (WCC).

The service on 5 December was attended by WCRC President Jerry Pillay and officers, current and former staff, representatives of Swiss and German churches, and sister organizations in the Ecumenical Centre, as well as the German Ambassador to Switzerland, Otto Lampe.

“We certainly thank God for the fact that … we could be physically part of a wider ecumenical family,” said the WCRC’s Executive Secretary for Theology and Communion, Douwe Visser, in his sermon. Above all, however, the period in Geneva, he said, was a time of being able to receive God’s word. “Looking at our 65 years of being with you here in Geneva from the perspective of God’s word given to us, we see so much to thank God for.”
END_OF_DOCUMENT_TOKEN_TO_BE_REPLACED END_OF_DOCUMENT_TOKEN_TO_BE_REPLACED 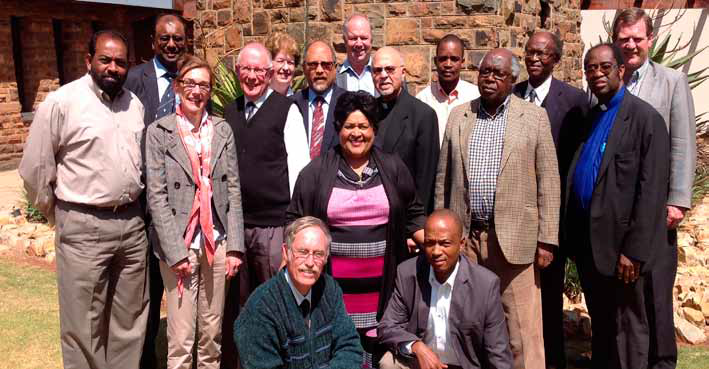 The President of the World Communion of Reformed Churches (WCRC), Jerry Pillay, has welcomed progress in the past two years by churches of the Reformed family in South Africa to overcome major hurdles on the path to unity.

The team led by Pillay also included WCRC General Secretary Setri Nyomi, Sabine Dressler of the Reformed Alliance in Germany and Oscar McCloud of the Presbyterian Church (U.S.A.). The team had meetings with the Uniting Reformed Church in Southern Africa (URCSA), the Dutch Reformed Church (NGK), the Reformed Church in Africa (RCA) and the Dutch Reformed Church in Africa (DRCA). These four churches have been engaged in reunification talks for more than a decade. The team said they felt encouraged about what they heard from the four churches. Challenges that had created mistrust and stalled the process seemed to be dissipating.
END_OF_DOCUMENT_TOKEN_TO_BE_REPLACED END_OF_DOCUMENT_TOKEN_TO_BE_REPLACED

After serving as the National Council of Churches’ executive leader for the briefest tenure in the Council’s history, Peg Birk can also look back on the most comprehensive restructuring and redirecting of the NCC since its founding in 1950.

Birk, a nationally known change management expert and Congregational laywoman, took office as Transitional General Secretary of the NCC in July 2012 with the understanding she would serve with the sole purpose of guiding an historic re-envisioning and restructuring of the financially beleaguered Council.

Now, with a new President and General Secretary about to take office and a new organizational structure in place, Birk is returning home to Minneapolis, Minn., on January 1.

The Rev. A. Roy Medley, Chair of the NCC Governing Board, said Birk has been “a tireless and resourceful leader for the Council at a critical point in its history.”

Birk “worked skillfully with board and staff to guide an essential reexamination of the Council’s ministries and resources,” Medley said, “and the NCC is in a far stronger position for mission than it was 18 months ago. We are grateful for her service.”

The NCC’s Past President, Kathryn Lohre, who worked closely with Birk during the transition, said, “The Council is deeply indebted to Peg Birk for leading this 18 month transition with grace, stamina, wisdom, and tenacity,”

The problem of primacy in the Universal Church has been repeatedly raised during the work of the Joint International Commission on Theological Dialogue Between the Orthodox Church and the Roman Catholic Church. On March 27, 2007, the Holy Synod of the Russian Orthodox Church instructed the Synodal Theological Commission to study this problem and draft an official position of the Moscow Patriarchate on the problem (Minutes, No. 26). Meanwhile, the Joint Commission at its meeting on October 13, 2007, in Ravenna, working in the absence of a delegation of the Russian Church and without consideration for her opinion, adopted a document on the Ecclesiological and Canonical Consequences of the Sacramental Nature of the Church. Having studied the Ravenna document, the Russian Orthodox Church disagreed with it in the part that refers to synodality and primacy on the level of the Universal Church. Since the Ravenna document makes a distinction between three levels of church administration, namely, local, regional and universal, the following position taken by the Moscow Patriarchate on the problem of primacy in the Universal Church deals with this problem on the three levels as well.
END_OF_DOCUMENT_TOKEN_TO_BE_REPLACED END_OF_DOCUMENT_TOKEN_TO_BE_REPLACED

In the New Year’s Honours he’s been appointed a Knight Companion of the New Zealand Order of Merit “in recognition of his services to the Anglican Church.”

“I was very, very surprised,” he said today. “I genuinely don’t think of myself in that league at all.”

Archbishop Sir David Moxon – that will become his formal title – is presently in Raglan with his family, on holiday from his job in Rome as the Archbishop of Canterbury’s Representative to the Holy See, and Director of the Anglican Centre in Rome.

Before taking up his Rome appointment Archbishop David, 62, had already had carved out a stellar record in the Anglican Church in these islands.