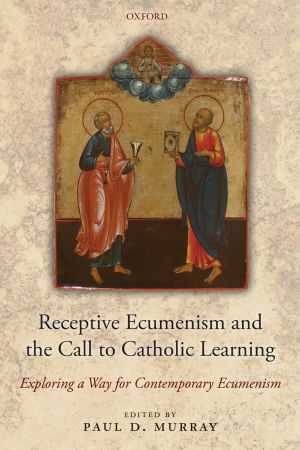 VATICAN CITY, MAR 4, 2003 (VIS) – After a preliminary meeting in Jerusalem on June 5, 2002, high ranking delegations of the Holy See’s Commission for Religious Relations with the Jews and of the Chief Rabbinate of Israel met in Grottaferrata near Rome, February 23-27, 2003, according to a joint communiqué made public yesterday afternoon
END_OF_DOCUMENT_TOKEN_TO_BE_REPLACED END_OF_DOCUMENT_TOKEN_TO_BE_REPLACED

WCC News flash What should we do after seeing Mel Gibson’s film ‘The Passion of Christ’? That is the question being asked by Rev. Dr Hans Ucko, who specializes in Christian-Jewish dialogue at the World Council of Churches. He discusses the impact of our reactions to this controversial film in an opinion piece published in
END_OF_DOCUMENT_TOKEN_TO_BE_REPLACED END_OF_DOCUMENT_TOKEN_TO_BE_REPLACED

Mel Gibson’s The Passion of the Christ

A statement from the Christian-Jewish Dialogue in Montreal Like all art works based on historical events, Mel Gibson’s film The Passion of the Christ may create the illusion that it faithfully reproduces the details of Jesus’ Passion with its cruelty and violence. Viewers may be left with the impression that without the Jews, these things
END_OF_DOCUMENT_TOKEN_TO_BE_REPLACED END_OF_DOCUMENT_TOKEN_TO_BE_REPLACED

The annual Holocaust Memorial Service will be held Sunday, April 30th at 1:30 p.m. Hosted by the Congregation Agudas Israel at 715 McKinnon Ave., Saskatoon. This year, the keynote speaker is Philip Weiss. Born in 1922 in Drohobycz, Poland, Philip, along with his parents, his brother and sister, were first placed in a ghetto, then
END_OF_DOCUMENT_TOKEN_TO_BE_REPLACED END_OF_DOCUMENT_TOKEN_TO_BE_REPLACED

The Archbishop of Canterbury, Dr Rowan Williams and the Chief Rabbis of Israel, Chief Rabbi Shlomo Amar and Chief Rabbi Yonah Metzger today signed a joint Declaration which sets out a framework for continuing dialogue between them. Dr Williams described the agreement as historic: “This is a most significant step in developing better mutual understanding and trust between the Anglican Communion and the Chief Rabbinate and worldwide Judaism.”
END_OF_DOCUMENT_TOKEN_TO_BE_REPLACED END_OF_DOCUMENT_TOKEN_TO_BE_REPLACED

The annual Holocaust Memorial presentation will be on Sunday, April 22nd at 1:30 p.m. at the Jewish Community Centre, 7115 McKinnon Avenue, Saskatoon. The keynote speaker will be Isaac Gottfried, who was born in Poland in 1925, and is a Holocaust survivor. Everyone is welcome to attend.
END_OF_DOCUMENT_TOKEN_TO_BE_REPLACED END_OF_DOCUMENT_TOKEN_TO_BE_REPLACED

[The Tablet • Christa Pongratz-Lippitt] Cardinal Walter Kasper this week admitted that Christian-Jewish relations were going through a difficult period following the publication of the revised Good Friday Prayer for the Tridentine Rite, writes Christa Pongratz-Lippitt. Cardinal Kasper, president of the Commission for Religious Relations with the Jews, was speaking in an interview with the Ulm-based daily Südwest-Presse on the eve of the Katholikentag in Osnabrück. Several prominent German Jews will not be attending that event on account of the prayer.

Admitting the current tensions in Catholic-Jewish relations in Germany, Cardinal Kasper said: “Germany is, of course, particularly sensitive for historical reasons. This is a difficult period but I think we will be able to get back to the level of dialogue we have had up to now – at least that is what we would like to achieve.”

Asked why a German Pope “of all people” had been so “insensitive to German history” Cardinal Kasper said Pope Benedict “wanted to do something positive. He wanted to improve a prayer that the Jews found offensive and he succeeded. But that did not go quite as far as people wanted or expected. The Pope showed his good will as his unplanned visit to a synagogue in the US shows. This was seen as something most positive in America. In Germany things are different but we are doing all we can to overcome the difficulties.”

Asked why Pope Paul VI’s Good Friday Prayer for the Jews had not been adopted for the Tridentine Mass, Cardinal Kasper replied, “The present Pope wanted the language of the old prayer kept while improving the contents. He did not want to introduce a new liturgical form into the old, extraordinary form.”
END_OF_DOCUMENT_TOKEN_TO_BE_REPLACED END_OF_DOCUMENT_TOKEN_TO_BE_REPLACED

Berlin Declaration on the Uniqueness of Christ and Jewish Evangelism

A declaration calling for “Renewed commitment to the task of Jewish evangelism” and “Recognition of the uniqueness of Christ as the crucified, resurrected and divine Messiah who alone can save from death and bring eternal life” has been issued by the WEA Theological Commission. “The Berlin Declaration on the Uniqueness of Christ and Jewish Evangelism in Europe Today” was developed by a task force of the Theological Commission at a consultation in Berlin, Germany August 18-22, 2008. The 1200 word statement also calls for reconciliation and unity amongst believers in Jesus, respect for religious conviction and liberty that allows frank discussion of religious claims and repentance from all expressions of anti-Semitism and all other forms of genocide, prejudice and discrimination.

The consultation, which was five years in planning, was called to address current concerns about the necessity and theological basis for Jewish evangelism especially in the setting of Germany and Europe as a whole. It involved 12 scholars from the Theological Commission, key seminaries and other organisations. It also included practitioners engaged in ministry amongst Jewish people, and Christians from Germany and Messianic Jews. A total of 13 papers were presented covering biblical, theological and practical matters which provided the background for the Declaration. A spokesman for the TC said that plans are in hand for the publication of the papers as an additional resource for those interested.

The Berlin Declaration 2008 follows in the wake of earlier documents produced by the WEA on Jewish evangelism. The first was the Willowbank Declaration of 1989 which was hailed at the time as a decisive statement and continues to be referred to as a landmark document. The second was a brief statement reinforcing the validity and importance of Jewish evangelism which appeared in the New York Times in 2008, with 54 signatures (and more endorsements later). TC Executive Director, Dr David Parker, said, “With the background of Willowbank and the NYT statement, it is our prayer that the Berlin Declaration 2008 will prove to be equally useful in supporting the work of taking the gospel “to the Jew first” and also the rest of the world. We believe the European setting of our statement is particularly significant.

We hope that this declaration will encourage many Christians to see the importance and biblical warrant for this important ministry. We would like to see the Berlin Declaration 2008 circulated as widely as possible amongst those who are engaged in and interested in this ministry.”
END_OF_DOCUMENT_TOKEN_TO_BE_REPLACED END_OF_DOCUMENT_TOKEN_TO_BE_REPLACED

German churches say they failed to oppose persecution of Jews

Churches in Germany have remembered the 70th anniversary of the systematic attack by the Nazis in 1938 on Jewish Germans, saying that many Christians failed then in their duty to speak out.

“In the November pogroms of 1938 defenceless people were humiliated, harassed and killed, houses of worship were desecrated and destroyed,” Germany’s Protestant and Roman Catholic leaders said in a joint statement to mark the 9 November anniversary.