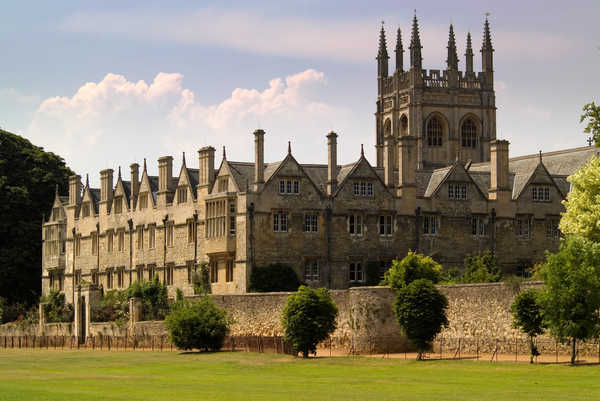 The spires of Oxford University were the backdrop for a recent Anglican-Jewish Commission meeting. Photo: Douglas Freer
From the Anglican Journal

The sixth meeting of the Anglican-Jewish Commission of the Chief Rabbinate of Israel and the Archbishop of Canterbury’s office took place at Mansfield College, Oxford, on July 31 and Aug. 1, 2012.

The commission’s mandate provides for the archbishop and two chief rabbis (one each from the Ahkenazi and Sephardi communities) to meet each year alternately in England and Jerusalem. It also provides for an annual meeting to study agreed-on themes and the arrangement of other meetings that include the Anglican bishop in Jerusalem, The Rt. Rev. Suheil Dawani.

The meeting’s theme was religion and democracy in both faith traditions. A paper by Dr. Jane Clements on Anglicanism and the secular state explored the dynamic between the kingdom of God and the earthly realm in scriptural interpretation.

Rabbi Dr. Rasson Arousi’s presentation explored democracy within Judaism’s political vision. He compared contemporary democratic values and practices with Judaism’s ideals of governance and participation, and the accountability of even the highest political authorities to religio-ethical values.

The program included a survey of medieval Jewish Oxford. Rabbi Prof. Avraham Steinberg delivered a lecture on Jewish medical ethics to a multi-faith audience at the Oxford Chabad Society, a Jewish philosophical, educational and outreach organization.

The commission discussed such issues as the pro-Palestinian private member’s motion made at the Church of England’s recent General Synod. It was acknowledged that the acceptance of this motion had caused distress within the Jewish and Christian communities in Britain as well as in Israel and beyond.