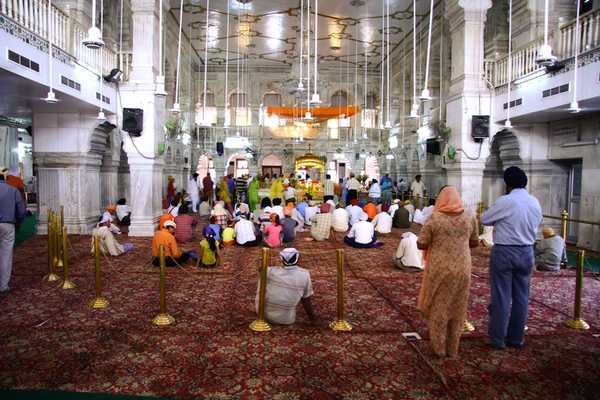 The Wisconsin Council of Churches is sponsoring a Day of Prayer and encouraging Christians to reach out to their Sikh neighbours. Credit: Paul Prescott ~ 2012
Archives

Ecumenical and inter-faith groups across the United States are planning vigils and rallies beginning August 12 to express their solidarity with Sikhs in the wake of a gunman’s attack on August 5 at a Sikh temple in Wisconsin.

Six people were killed and three others injured when Wade Michael Page, 40, a U.S. Army veteran described as a “frustrated neo-Nazi,” stormed into the temple in Oak Creek, a suburb of Milwaukee.

National Council of Churches of Christ (NCCC) President Kathryn Lohre has urged Christians to participate in the events planned by the Groundswell Movement, a multi-faith social justice initiative based in New York City.

“As Christians we stand in solidarity with those who bear the heaviest burden of violence and discrimination – the religious, racial and ethnic minorities who live in daily fear for their lies and loved ones,” said Lohre in a statement.

The attack is “a wake-up call for us as Christians,” added Lohre. “We must moved to extend beyond our Abrahamic models of inter-religious dialogue, engagement, and education in order to be responsible and responsive to our multi-religious context.”

The Wisconsin Council of Churches is sponsoring a Day of Prayer for the Sikh community in Christian churches this Sunday. It is also encouraging Christians to reach out to their Sikh neighbours and to visit a local gurdwara (place of worship for Sikhs). Many Sikh communities will be opening their worship and langar (common kitchen) meals to the public.

The Rev. Scott Anderson, executive director of the Wisconsin Council, expressed the hope that the occasion would provide Christians with an opportunity to pray for the victims and their families and for the Sikh Community. The Sikh community has experienced “much tragedy and hardship” in the U.S. since the Sept. 11 attacks,” said Anderson in a statement. With their turbans and beards, Sikh men have sometimes been mistaken for Muslims and have been targeted for hate crimes in the U.S. (See related story here.)

The Day of Prayer will also be a chance for Christians in Wisconsin to learn more about the Sikh religion, added Anderson. There are about 3,000 Sikhs in the greater Milwaukee area and over 700,000 across America, he said.

The Rev. Mark Hanson, presiding bishop of the Evangelical Lutheran Church in America (ELCA) has also expressed his church’s solidarity and prayers in a letter sent Aug. 6 to the World Sikh Council’s American region.

Hanson said the tragedy “has touched our lives deeply with sadness and concern.”

The ELCA would welcome an active dialogue with Sikh and other religious leaders “in order to help those in our country and world to gain respect, love and understanding about one another,” said Hanson.