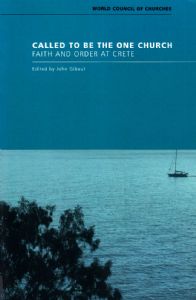 Caring for all Churches: ECUSA Letter on Alternative Pastoral Oversight

A response of the House of Bishops of the Episcopal Church to an expressed need of the Church Editor’s note: This is a pastoral letter responding to the need for alternative pastoral oversight in some dioceses of the Episcopal Church USA. Four important points should be noted: 1) the Bishops distinguish between pastoral oversight and
END_OF_DOCUMENT_TOKEN_TO_BE_REPLACED END_OF_DOCUMENT_TOKEN_TO_BE_REPLACED

The Faith and Order Commission of the National Council of Churches USA has launched an electronic journal for professionals and other interested observers. Called Speaking of Unity, the journal is edited by Dr. Ann K. Riggs, Associate General Secretary of the NCC for Faith and Order. NCC President Michael E. Livingston contributed the foreword: “The
END_OF_DOCUMENT_TOKEN_TO_BE_REPLACED END_OF_DOCUMENT_TOKEN_TO_BE_REPLACED

Kessler shines among all denominations

The Massachusetts Council of Churches executive director Diane Kessler “stunned” the Council with her announcement of retirement at the end of June 2007. What was more stunning was the legacy she has left after thirty-two years of service.

As Director of the Council, Kessler was responsible for direction and public presentation of the Council’s work in areas such as education and evangelism for Christian unity, ecumenical worship, cooperation with local councils of churches, ecumenical and interfaith dialogue, and social mission and prophetic witness.

Kessler, an Andover Newton graduate and ordained United Church of Christ minister, started with the Council in 1975 as an associate director, and became director in 1988. In those three decades she was able to help the 17 member denominations take ideas and transfer them into action, for example, by fostering an atmosphere of openness in ecumenical and interfaith relations, by developing a legislative campaign against casino gambling, and by founding the Ecumenical Institute of New England which has currently educated 500 people. She has done this while ensuring responsible stewardship of the Council’s resources, which come primarily from its member denominations. Kessler served as diplomatic liaison among religious leaders and denominations. “I have always thought it important to treat all churches with appreciation and respect,” she said. “Their diverse spiritual traditions enrich all of us.”
END_OF_DOCUMENT_TOKEN_TO_BE_REPLACED END_OF_DOCUMENT_TOKEN_TO_BE_REPLACED

Catholic and Jewish leaders agreed at a fall dialogue that proselytism understood as coercion or manipulation is a corruption of authentic witness to one’s faith. “Any effort to lead a person to faith that tramples on human freedom betrays a lack of respect for human dignity,” said Archbishop Wilton Gregory of Atlanta, chairman of the U.S. Conference of Catholic Bishops’ (USCCB) Committee for Ecumenical and Interreligious Affairs.

The Anglican-Roman Catholic Theological Consultation in the United States held its sixty-eighth meeting in Alexandria, Louisiana, on September 9 and 10. This session was largely devoted to the examination of a draft outline of a potential agreed statement on the topic of the current round of dialogue, “Ecclesiology and Moral Discernment: Common Ground and Divergences.” This topic explores the fact that while the two churches share the same convictions on a wide range of ethical questions, there are serious differences regarding certain issues in personal morality, especially those pertaining to human sexuality. In earlier meetings of the Commission, members discussed Catholic and Anglican positions on contraception, debt relief, immigration, same-sex unions and health care.
END_OF_DOCUMENT_TOKEN_TO_BE_REPLACED END_OF_DOCUMENT_TOKEN_TO_BE_REPLACED

Leaders of U.S. Roman Catholic and some Protestant churches will sign a historic agreement Tuesday in Austin [Texas] by which the two traditions will formally recognize each other’s liturgical rites of baptism.

The product of seven years of talks among five denominations, the agreement will be signed at 7:15 p.m. Tuesday at a prayer service and celebration at St. Mary Cathedral. The service will be open to the public and will be part of the opening day activities of the national meeting of Christian Churches Together in the U.S.A., which will continue through Friday in Austin.

The Rev. Ann Tiemeyer, NCC Interim Associate General Secretary for Joint Action and Advocacy, said the program “will include ample opportunity for all attendees to engage with one another through group discussion, input from expert resource people to help inform our discussion, and celebratory service with words from interfaith guests and an address from Jim Winkler.”
END_OF_DOCUMENT_TOKEN_TO_BE_REPLACED END_OF_DOCUMENT_TOKEN_TO_BE_REPLACED

As Orthodox Christian bishops, charged by our Savior Jesus Christ to shepherd His flock, we will continue to uphold and proclaim the teaching of our Lord that marriage, from its inception, is the lifelong sacramental union of a man and a woman. We call upon all Orthodox Christians in our nation to remain firm in their Orthodox faith, and to renew their deep reverence for and commitment to marriage as taught by the Church. We also call upon our nation’s civic leaders to respect the law of Almighty God and uphold the deeply-rooted beliefs of millions of Americans.
END_OF_DOCUMENT_TOKEN_TO_BE_REPLACED END_OF_DOCUMENT_TOKEN_TO_BE_REPLACED