Exodus. Numbers. Judges
Perhaps this is a sign of how long the struggles over human sexuality have monopolised our attention. The following note was posted on our blog in 2004. It is still a helpful contribution.

This is an excellent article from LegalAffairs by Elizabeth Austin. It provides some insight into the role of bishops, hierarchy, and conciliar government in the Episcopal Church. It is a little different in every Anglican province, but Canada will have some similarities. The legal precedents will also be different. In Canada, many of the major legal precedents regarding church property were established following the 1925 church union that resulted in the United Church of Canada.
END_OF_DOCUMENT_TOKEN_TO_BE_REPLACED END_OF_DOCUMENT_TOKEN_TO_BE_REPLACED

Mouw presses the heart of the matter

When Richard Mouw, president of Fuller Theological Seminary, was asked to speak at the Fellowship of Presbyterians’ big gathering in Minneapolis, organizers asked him not to say what he personally thinks Presbyterians ought to do in response to the latest crisis.

Mouw is well aware that many congregations and individuals are considering leaving the Presbyterian Church (U.S.A.), part of the fallout from the denomination’s recent decision to lift the categorical prohibition against the ordination of sexually active gays and lesbians.

So Mouw spoke instead during evening worship Aug. 25 about what Presbyterians should hold in their hearts and minds as they consider their options – and in doing so, he issued a call to theological orthodoxy, expanded ecumenism, a renewed commitment to the ordination of women and increased efforts to care for the world. He challenged evangelicals now in the PC(USA) to learn from those both more conservative and more liberal than themselves.
END_OF_DOCUMENT_TOKEN_TO_BE_REPLACED END_OF_DOCUMENT_TOKEN_TO_BE_REPLACED

On the 25th anniversary of the illicit ordination of four bishops by traditionalist Bishop Marcel Lefebvre, the Society of Saint Pius X indicated a definitive break of talks with the Catholic Church. In a statement June 27, three of the four bishops originally ordained by Lefebvre expressed “their filial gratitude towards their venerable founder who, after so many years spent serving the Church and the Sovereign Pontiff, so as to safeguard the Faith and the Catholic priesthood, did not hesitate to suffer the unjust accusation of disobedience.” The document – titled “Declaration on the occasion of the 25th anniversary of the episcopal consecrations (30th June 1988 – 27th June 2013)” – is signed by Bishops Bernard Fellay, Bernard Tissier de Mallerais and Alfonso de Galarreta.
END_OF_DOCUMENT_TOKEN_TO_BE_REPLACED END_OF_DOCUMENT_TOKEN_TO_BE_REPLACED 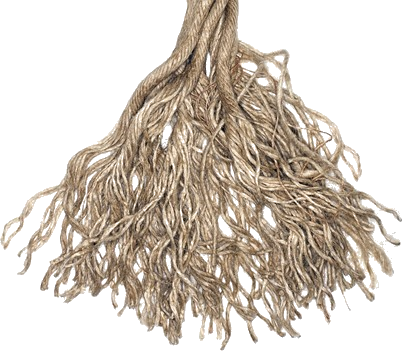 After five years in the field (I work for a Lutheran ecumenical organization), I’m no longer dismissive. The quest for church unity is a wild, wondrous, and strange act of penitence for Christians’ often callous disregard of that little word one in John 17 and the Nicene Creed. We confess that the Holy Spirit has called one church into being. But almost all the evidence points in the opposite direction. What does this mean? And how should we respond to it?
END_OF_DOCUMENT_TOKEN_TO_BE_REPLACED END_OF_DOCUMENT_TOKEN_TO_BE_REPLACED