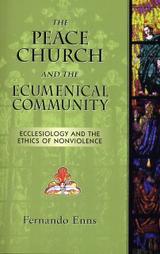 by John R. Quinn for the National Catholic Reporter 32.34 (Jul 12, 1996): 13. Following are excerpts from Archbishop John R Quinn’s lecture on June 29, 1996, at Campion Hall, Oxford. Quinn is a visiting fellow at Campion Hall. I. The challenge of John Paul II … The pope himself, in apostolic discernment, sees that
END_OF_DOCUMENT_TOKEN_TO_BE_REPLACED END_OF_DOCUMENT_TOKEN_TO_BE_REPLACED

Pope Francis said he was referring particularly “to the reflection of the Catholic Church on the meaning of episcopal collegiality and the tradition of synodality, so typical of the Orthodox churches,” in which the synods function as a symbol of the unity of the local churches and as a governing body united to the patriarch or spiritual leader of the church.
END_OF_DOCUMENT_TOKEN_TO_BE_REPLACED END_OF_DOCUMENT_TOKEN_TO_BE_REPLACED