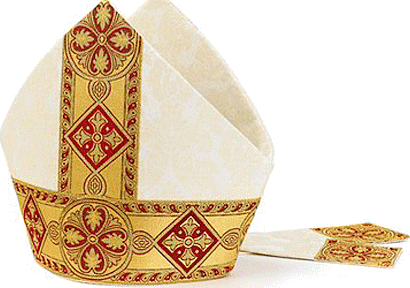 The Church of England's General Synod has reaffirmed its commitment to women bishops and called, less than a year after the previous proposals were rejected, for new draft legislation to be introduced. It will be considered by the Synod in November 2013, with the aim of reaching the stage of Final Approval in July or November 2015 ~ 2013
Archives

The Synod reached its decision at the end of this today’s debate, after its members had devoted much of Saturday to facilitated discussions on the options available. Introducing the debate, the Rt Revd Nigel Stock, Bishop of St Edmundsbury and Ipswich, who chaired the Working Group set up by the House of Bishops to advise on new legislative proposals, said, “I believe that option one, together with a mandatory mediation process and including as it does a declaration or, possibly, Act of Synod deserves to be taken very seriously as a means to provide the basis for securing the necessary majorities in the lifetime of this Synod.”

The House of Bishops had recommended that draft legislation be prepared on that basis described as ‘option one’ in the report of the Working Group established by the House to consider possible ways forward.  That involved:

Accepting the proposal made by the House, the General Synod passed the motion, by 319 votes to 84, in the following form:

(a) reaffirm its commitment to admitting women to the episcopate as a matter of urgency;

(b) instruct the Appointments Committee to appoint this month a Steering Committee to be in charge of the draft legislation required to that end;

(c) instruct the Business Committee to arrange for the First Consideration stage for that draft legislation to be taken at the November 2013 group of sessions, so that the subsequent stages can follow the timetable set out in paragraph 141 of the annex to GS 1886;

(d) instruct the Steering Committee to prepare the draft legislation on the basis described in paragraphs 79-88 of the annex to GS 1886 as ‘option one’ with the addition of a mandatory grievance procedure for parishes in which diocesan bishops are required to participate and invite the House of Bishops to bring to the Synod for consideration at the February 2014 group of sessions a draft Act of Synod or draft declaration to be made by the House to accompany the draft legislation; and

(e) urge that the process of facilitated conversations continue to be used at significant points in the formulation and consideration of the draft legislation.’