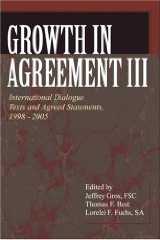 Pope John Paul II, in issuing a fresh initiative to promote Christian unity, has provided Protestants and Catholics a rare opportunity to work through long-standing theological differences in a modern context.

In North America, evangelicals and Catholic leaders say the pope’s invitation to examine together the role of the papal office is historic and significant. But there is disagreement on whether meaningful unity is achievable, even with the pope’s endorsement in the May 30 encyclical on Christian unity, Ut Unum Sint (“That They May Be One”). A common concern that Orthodox and Protestant believers share is opposition to the pope’s claim to a unique role in Christendom.

“The Catholic Church’s conviction that in the ministry of the Bishop of Rome she has preserved … the visible sign and guarantor of unity constitutes a difficulty for most other Christians, whose memory is marked by certain painful recollections,” the pope acknowledges. “To the extent that we are responsible for these, I join my predecessor Paul VI in asking forgiveness.”

Richard John Neuhaus, a Catholic priest and former Lutheran, now with the New York-based organization Religion and Public Life, says the statement is “historic” and “unprecedented.”

John H. Armstrong, ACT3 Network, Carol Stream, IL (USA) — While the media discusses what they think about a pope resigning office ecumenical Christians should ask deeper questions rooted in faith, hope and love. I believe Pope Benedict XVI made a courageous decision that demonstrates deep humility. In this decision he has opened the door to deeper conversations about the unity of the whole church. The fuller implications of his decision will not be understood for decades. Historians will likely see this as a significant step into a new world shaped by global realities. Will the papacy be the same in 2050? I doubt it. I have no idea what this means but I do believe history was made by the decision of this humble man, a decision that showed us what serving Christ looks like in a time when true peacemaking and humility could not be more important.
END_OF_DOCUMENT_TOKEN_TO_BE_REPLACED END_OF_DOCUMENT_TOKEN_TO_BE_REPLACED