The Unity We Seek: Exploring Hopes and Challenges for Ecumenism Today

“Unity” belongs to the concepts that should be constantly discussed. Life is changing, also the life of the churches and their life together. So are their understanding of unity, their challenges to unity and their contributions to it.

Images can stimulate our reflections, without saying everything or being exclusive, they can nurture our imagination and our ability to be creative. Images from nature can give us a sense of reality, and a deeper sense of how we are a part of a living reality. I have been reflecting on an image, actually a photo, that give me some new insights, deepening my reflections on this topic that I have been discussing and striving for during the last 20 years of study and work. The photo is of some lichen, growing in a circle, across the deep crevice in the rock on which they grow. It seems to be challenged by the split in the rock, but nevertheless grows across it. This striking image has encouraged me to look at unity as something of a double reality. It is growing life, yet still making a structure. It belongs to the essential nature of this lichen to grow in circles, to become part of a unity. I am told by my dear colleague from Tanzania that the same is true for banana trees, they also grow like families in circles. The photo taken just outside our small summer house at the coast of Norway last summer, is from a bare rock next to the sea on a small island, out in the big sea that unites Norway with the continent of Europe and further more with the whole globe. I wonder what images in Canadian nature might inspire you to these kinds of reflections.

A Church divided is not whole in God – Rev. Tveit

There’s nothing more Catholic than ecumenism, nothing more Christian than unity, nothing more urgent than the need to heal divisions in the body of Christ, but none of it will happen based on resentments, fears and identity politics, the head of the World Council of Churches told a couple hundred people in Toronto March 14.

On his first official visit to Canada, Rev. Dr. Olav Fykse Tveit laid out challenges to ecumenism which he said oppose the Christian mandate to fulfill the Lord’s Prayer — “Thy will be done, on Earth as it is in heaven.”

“We are forced to ask whether we are seeking a consensus for the sake of our own institution, for our tradition, for our own group,” said Tveit. “Or if we are seeking a consensus that is giving space for the other, for the wholeness of God’s Church and God’s creation.”
END_OF_DOCUMENT_TOKEN_TO_BE_REPLACED END_OF_DOCUMENT_TOKEN_TO_BE_REPLACED

“Christian unity is an intrinsic dimension of God’s grace to us. It belongs to our faith, as we also confess it together in the creeds of the early church. To belong to Christ means to belong to the body of Christ, the church,” said Rev. Dr Olav Fykse Tveit, general secretary of the World Council of Churches (WCC). He was referring to the covenanting process of five church denominations in Wales.
END_OF_DOCUMENT_TOKEN_TO_BE_REPLACED END_OF_DOCUMENT_TOKEN_TO_BE_REPLACED

The 10th Assembly of the World Council of Churches (WCC) begins at the end of October and promises to be one of the most diverse gathering of Christians in the world.

The assembly will be an opportunity for renewing the worldwide ecumenical movement – infusing it with honesty, humility and hope, according to the WCC general secretary.

As to why this is the case, Rev. Dr Olav Fykse Tveit, WCC general secretary, and a Lutheran pastor from the Church of Norway says, it is “through humility, honesty and hope that we can live together as humanity and a Church in a world, where justice and peace are fundamental initiatives and not merely words.”

The theme of the WCC assembly is a prayer “God of life, lead us to justice and peace”.

The assembly will take place from 30 October to 8 November in Busan, Republic of Korea.

His remarks were summarized in a WCC media release. “The unity agenda remains at the heart of all our efforts for common witness and contributions to ensure more justice and peace for people and creation,” said Tveit. “We are grateful and even proud of 50 years as a working group between these great major ecumenical instruments in the world, the Pontifical Council for Promoting Christian Unity and the World Council of Churches.”
END_OF_DOCUMENT_TOKEN_TO_BE_REPLACED END_OF_DOCUMENT_TOKEN_TO_BE_REPLACED 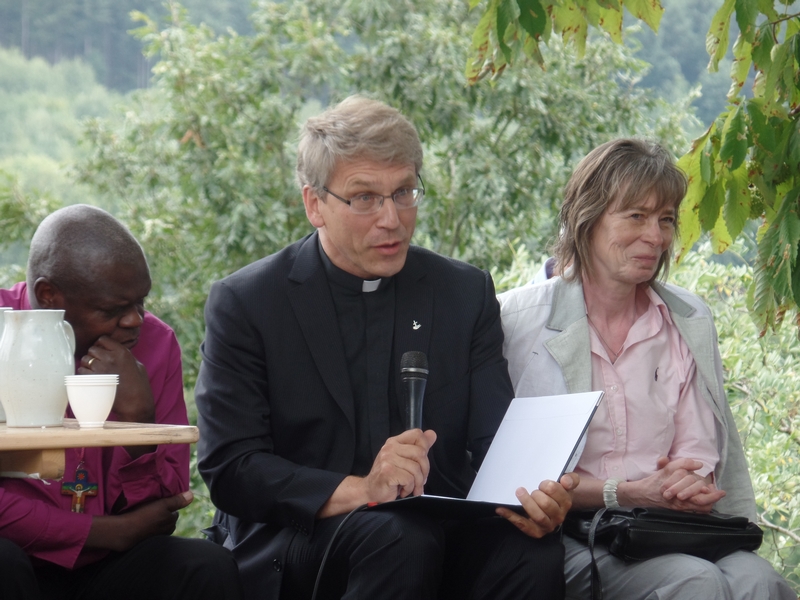 Founded in 1940, Taizé is an ecumenical monastic order centred in Taizé, Saône-et-Loire, France, which brings together young people from around the world for reflection, prayer and community living.

The WCC general secretary called the anniversary commemoration a “poignant moment”: “Taizé is a village, it is a religious community, but more than that it is a spiritual home – a precious station on life’s journey and a meeting point with others together on the way,” said Tveit.
END_OF_DOCUMENT_TOKEN_TO_BE_REPLACED END_OF_DOCUMENT_TOKEN_TO_BE_REPLACED 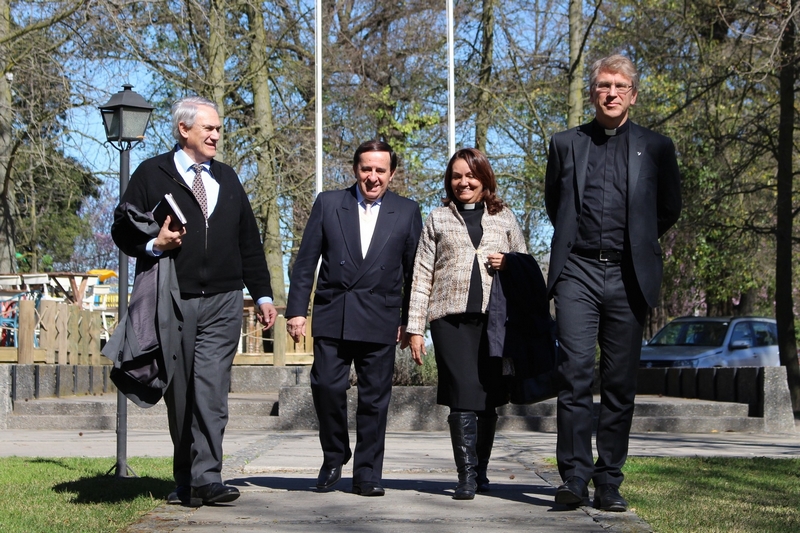