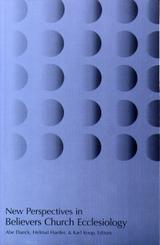 A dozen Saskatoon church leaders are calling on the federal government to establish an independent commission to implement aboriginal land and treaty rights.

The petition is being circulated to faith groups across Canada and is part of the Canadian Ecumenical Jubilee Initiative, a campaign dedicated to caring for and renewing the earth.

As Christian leaders in Saskatoon we are hearing with deep concern the report of the impending closure of the College of Emmanuel and St. Chad, the Anglican theological college in Saskatoon. Theological education on the University of Saskatchewan campus has been a beacon of hope for prairie communities through the cooperation of Anglican, Lutheran and
END_OF_DOCUMENT_TOKEN_TO_BE_REPLACED END_OF_DOCUMENT_TOKEN_TO_BE_REPLACED

Prime Minister Stephen Harper should move immediately to release funds designated for affordable housing, according to the leaders of four Canadian churches — Archbishop Andrew Hutchison of the Anglican Church of Canada, Bishop Ray Schultz of the Evangelical Lutheran Church in Canada, the Rev. Peter Short of the United Church of Canada and Henry Hess of the Christian Reformed Church of North America.
END_OF_DOCUMENT_TOKEN_TO_BE_REPLACED END_OF_DOCUMENT_TOKEN_TO_BE_REPLACED

Church leaders appeal to Harper to launch initiatives on HIV/AIDS

May 8, 2006 — Twenty Canadian church leaders, representing the member churches of the Canadian Council of Churches, have appealed to Canadian Prime Minister Stephen Harper to promptly announce six new initiatives in the fight against HIV/AIDS. The sweeping measures the church leaders want include cancellation of debts owed by countries with HIV/AIDS rates above
END_OF_DOCUMENT_TOKEN_TO_BE_REPLACED END_OF_DOCUMENT_TOKEN_TO_BE_REPLACED

Church leaders in Jerusalem have warned warring Palestinian factions they could trigger civil war and, offering to play a mediating role, they are urging an end to violence in order for them to focus on the true priority of their people – independence. “As leaders of the Christian churches in Jerusalem concerned at the present situation in the Palestinian Territories we feel we must voice our anxiety for all our people – Christian and Muslim alike – at the deteriorating relations between Fatah and Hamas leaders and the armed forces,” they said.
END_OF_DOCUMENT_TOKEN_TO_BE_REPLACED END_OF_DOCUMENT_TOKEN_TO_BE_REPLACED

A letter from Rt. Rev. Rodney Andrews (Anglican bishop of Saskatoon), Rev. Cynthia Halmarson (ELCIC bishop of the Saskatchewan Synod) and Most. Rev. Albert LeGatt (Roman Catholic bishop of Saskatoon) has been sent to the editor of the Saskatoon StarPhoenix. The letter addresses the living conditions at the Saskatoon Correctional Centre, a prison and detention centre operated by the Province of Saskatchewan. The issues raised in the letter have been brought to the attention of the churches and the community by the chaplains serving at the correctional centre.
END_OF_DOCUMENT_TOKEN_TO_BE_REPLACED END_OF_DOCUMENT_TOKEN_TO_BE_REPLACED