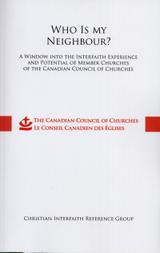 Prime Minister Stephen Harper should move immediately to release funds designated for affordable housing, according to the leaders of four Canadian churches — Archbishop Andrew Hutchison of the Anglican Church of Canada, Bishop Ray Schultz of the Evangelical Lutheran Church in Canada, the Rev. Peter Short of the United Church of Canada and Henry Hess of the Christian Reformed Church of North America.
END_OF_DOCUMENT_TOKEN_TO_BE_REPLACED END_OF_DOCUMENT_TOKEN_TO_BE_REPLACED

As national leaders of Canadian Churches and members of the Canadian Council of Churches, we are extremely concerned about the human impact of the global AIDS pandemic. Currently more than 40 million people are infected with HIV. Last year, over 3 million people died as a result of AIDS. There are 15 million child orphans because of AIDS. These statistics speak powerfully to the human cost.

Church leaders appeal to Harper to launch initiatives on HIV/AIDS

May 8, 2006 — Twenty Canadian church leaders, representing the member churches of the Canadian Council of Churches, have appealed to Canadian Prime Minister Stephen Harper to promptly announce six new initiatives in the fight against HIV/AIDS. The sweeping measures the church leaders want include cancellation of debts owed by countries with HIV/AIDS rates above
END_OF_DOCUMENT_TOKEN_TO_BE_REPLACED END_OF_DOCUMENT_TOKEN_TO_BE_REPLACED

In what has been widely described as an historic opportunity for reconciliation with aboriginal peoples, the Prime Minister of Canada rose in the House of Commons on Wednesday to apologize to aboriginal peoples for the residential schools operated under government supervision by the Anglican, Presbyterian, United and Catholic churches. The apology was carried live on television and radio across Canada, and provided an opportunity for Canadians to pause to reflect on the legacy of these schools and the policies that they enacted.

Residential schools were developed in the 1870s as part of a policy of assimilation. As the PM explained: “Two primary objectives of the residential schools system were to remove and isolate children from the influence of their homes, families, traditions and cultures, and to assimilate them into the dominant culture. These objectives were based on the assumption aboriginal cultures and spiritual beliefs were inferior and unequal. Indeed, some sought, as it was infamously said, ‘to kill the Indian in the child.’ Today, we recognize that this policy of assimilation was wrong, has caused great harm, and has no place in our country.”

In addition to the general apology for the residential schools, the PM also expressed five specific apologies:

“Therefore, on behalf of the government of Canada and all Canadians, I stand before you, in this chamber so central to our life as a country, to apologize to aboriginal peoples for Canada’s role in the Indian residential schools system.

To the approximately 80,000 living former students, and all family members and communities, the government of Canada now recognizes that it was wrong to forcibly remove children from their homes and we apologize for having done this.

We now recognize that it was wrong to separate children from rich and vibrant cultures and traditions, that it created a void in many lives and communities, and we apologize for having done this.

We now recognize that, in separating children from their families, we undermined the ability of many to adequately parent their own children and sowed the seeds for generations to follow, and we apologize for having done this.

We now recognize that, far too often, these institutions gave rise to abuse or neglect and were inadequately controlled, and we apologize for failing to protect you.

Not only did you suffer these abuses as children, but as you became parents, you were powerless to protect your own children from suffering the same experience, and for this we are sorry.”

• The full text of the PM’s apology
• Video of the PM’s apology (CBC.ca)
• In depth background information by the CBC on Residential schools and the Truth and Reconciliation Commission
• Historic apology to residential schools students seen as a beginning (Anglican Journal)
• After the Apology of June 11, 2008: A Prayer (United Church of Canada)
END_OF_DOCUMENT_TOKEN_TO_BE_REPLACED END_OF_DOCUMENT_TOKEN_TO_BE_REPLACED