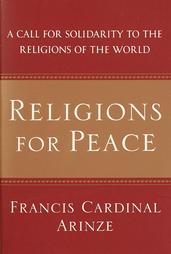 by Gordon Legge, Calgary Herald Calgary Roman Catholic Anna Tremblay spent a week in Montreal a year ago that energized her faith as a Christian. She attended a week-long institute on ecumenism at the Canadian Centre for Ecumenism in Montreal. “It gave me the bug,” she says. “It was a really wonderful experience.” Next week,
END_OF_DOCUMENT_TOKEN_TO_BE_REPLACED END_OF_DOCUMENT_TOKEN_TO_BE_REPLACED

Ecumenical work will be honoured

by Gordon Legge, Calgary Herald One of the city’s most energetic ecumenists is being honoured in mid-February by a Montreal organization. Anna Tremblay, a member of the Roman Catholic Commission for Ecumenism, is receiving the 1997 Ecumenical Leadership Award from Montreal’s Canadian Centre for Ecumenism. At the same time, Rev. Richard Stetson, Tremblay’s nominator, will
END_OF_DOCUMENT_TOKEN_TO_BE_REPLACED END_OF_DOCUMENT_TOKEN_TO_BE_REPLACED

Canadians spend more on gambling than they do on education or personal care. According to a report from the Vanier Institute of the Family, legal gambling in Canada attracts $1,080 per household compared to $1,007 for education or $834 for personal care. Gambling losses in 2003-2004 amounted to $596 per adult, or nearly $50 per person per month. Using data from Statistics Canada’s 2002 “Canadian Community Health Survey,” the Vanier Institute reports that almost 1.2 million Canadians exhibit at least one indication of problem gambling behaviour — roughly enough persons to fill a major Canadian city.

The report, entitled “Gambling with our (Kids’) Futures: Gambling as a family policy Issue” was written by Arlene Moscovitch, and is available online or in print through the Vanier Institute. The report argues that gambling is more than just a personal problem. Treating problem gambling as an individual pathology discounts its impact on the families of the problem gambler, as well as the wider society. Recent research supports a move towards a public health model that considers the impact of gambling on the community. Social policy relating to alcohol and tobacco has been greatly strengthened by a similar move to a public health model.

In related news, the Roman Catholic bishop of Calgary has sent a letter to each Catholic school in the Calgary separate school system critical of a recent decision of the school board. In late 2005, Bishop Frederick Henry asked the Catholic school board to put an end to school-based fundraising practices that involve morally repugnant forms of gambling. On May 31, 2006 the board adopted a task force report on school-based fundraising. One recommendation of the report rejected the bishop’s request, allowing the continued use of fundraising under guidelines to be established by the school district in consultation with school councils and principals. In Bishop Henry’s recent letter, dated June 20, the bishop said: “The acceptance of the Task Force’s recommendations constitutes a failure in Catholic leadership, pays lip-service to the pillar of ‘Catholicity,’ and is equivalent to Esau selling his birthright for a mess of pottage (cf. Gen.25: 29-34).”
END_OF_DOCUMENT_TOKEN_TO_BE_REPLACED END_OF_DOCUMENT_TOKEN_TO_BE_REPLACED

The RC Diocese of Calgary invites applications for a part-time Director of Ecumenical and Interreligious Affairs. The successful candidate will have an abiding desire for promoting Christian unity and cooperation among peoples of other faiths. He/she will work closely with and report to the Bishop of the Diocese of Calgary, serve as consultant on ecumenical issues for him and other Diocesan offices/institutions, and liaise with representatives of other traditions. She/he will be responsible for providing ecumenical formation for Roman Catholics in the Diocese — parishioners, parish organizations and clergy — in order that the teaching and directives on ecumenism from the Second Vatican Council and post-conciliar documents be put into practice in the diocese.

To do this, the successful candidate will:
• have a solid understanding of Roman Catholic theology on ecumenism and interfaith dialogue;
• be a practicing Roman Catholic, well rooted in his/her faith;
• be ready to dialogue with representatives of other Christian traditions and other faiths;
• have the ability to articulate and communicate Roman Catholic perspectives to others;
• preferably have an advanced degree in Theology and be prepared to pursue ongoing education/formation as necessary.

Closing date for application is November 3, 2008. We thank all applicants for their interest. Only those selected for an interview will be contacted.

Interested persons should send a letter of introduction and curriculum vitae to:
Fran Oleniuk, Administrator, Human Resources
Catholic Pastoral Centre
120 – 17 Avenue SW
Calgary AB, T2S 2T2
By fax (403) 232-6349
By e-mail to humanresources [at] rcdiocese-calgary [dot] ab [dot] ca.
If your e-mail is not confirmed as received, please follow-up by phone to (403) 218-5533
END_OF_DOCUMENT_TOKEN_TO_BE_REPLACED END_OF_DOCUMENT_TOKEN_TO_BE_REPLACED

Bishop Gregory Kerr-Wilson of the diocese of Qu’Appelle has been elected the new bishop for the diocese of Calgary. He replaces Bishop Derek Hoskin, who has retired.