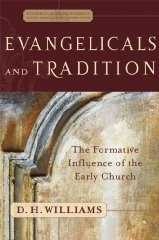 Together with Cardinal Cassidy and our colleagues at our ecumenical forum, I want to say how pleased we are to be here this evening and to share in this act of worship. As you will be aware, for the first time, Anglican and Roman Catholic Leaders from around the world are meeting together in order to discuss the problems and challenges that lie before us on the road to the full visible unity of our two Churches. Of course, our two Churches have travelled a long way together during the last forty or so years and we have much in common. This evening gives us an opportunity to celebrate that fact.

Nevertheless we know that some Protestant Christians object to this theological dialogue. They fear that Reformation principles are being abandoned and gospel faith is being traduced. I reply that the journey the Roman Catholic Church and the Anglican Communion have taken since the Second Vatican Council has not been a journey away from the Christian faith but a pilgrimage together into its heart. Polemics lead to hatred and division. Partnership leads to the promise of mutual service and eventual union.
END_OF_DOCUMENT_TOKEN_TO_BE_REPLACED END_OF_DOCUMENT_TOKEN_TO_BE_REPLACED

On Monday 29 March I left Glasgow for the third Building Bridges seminar convened by the Archbishop of Canterbury and hosted by John J. DeGioia, president of Georgetown University in Washington. A few days earlier, the former Archbishop George Carey, the man responsible for hosting the first of these seminars at Lambeth Palace in 2002, had made front-page headlines after delivering a public lecture in which Islam and Muslims had come under severe criticism over a variety of political and theological issues. “It is sad to relate”, he said, “that no great invention has come for many hundred years from Muslim countries.” “During the past 500 hundred years,” he continued, “critical scholarship [in theology] has declined, leading to strong resistance to modernity.” Dr Carey added that moderate Muslims must “express strongly on behalf of the many millions of their co-religionists, their abhorrence of violence done in the name of Allah.” Much to the dismay of many Muslims and non-Muslims, in subsequent interviews, Dr Carey remained steadfast that he had not meant to offend the Muslim community.
END_OF_DOCUMENT_TOKEN_TO_BE_REPLACED END_OF_DOCUMENT_TOKEN_TO_BE_REPLACED