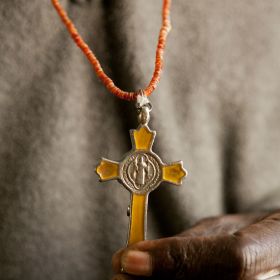 On Sept. 10, the Quebec government released details of the proposed Charter of Quebec Values that would prohibit public servants from wearing visible signs of religious belief such as Jewish skullcaps, Muslim hijabs, Sikh turbans, large crucifixes or Star of David jewellery. The government released a chart showing that small symbols such as a tiny crucifix around the neck or on earrings or a small Star of David ring would be allowed. These rules would apply to everyone employed in the public sector. The charter would also bar people whose faces are covered from providing or receiving public services.
END_OF_DOCUMENT_TOKEN_TO_BE_REPLACED END_OF_DOCUMENT_TOKEN_TO_BE_REPLACED