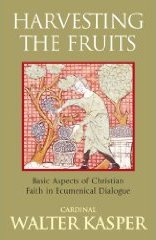 The Roman Catholic Bishops of Alberta and the Northwest Territories have issued some new guidance for priests, deacons, and pastoral workers in caring for individuals and families in difficult contemporary situations. One document aims to answer the call of Pope Francis in his Apostolic Exhortation Amoris Laetitia, particularly to assist priests in their duty to accompany those Catholics who are divorced and remarried without having received a decree of nullity. The other follows the legalization in Canada of assisted suicide and euthanasia (“Medical Assistance In Dying”), and focuses on spiritual and sacramental considerations in caring for individuals and families who may be considering death by these means. “The ultimate aim of these guidelines is to help the faithful understand the beautiful teachings of the Church on sacramental marriage, the dignity of the human person, and the inviolable sanctity of human life,” said Archbishop Richard Smith of Edmonton, who serves as president of the Alberta-NWT Bishops. “We know that many Catholics, often due to the messages they receive through the secular culture, have come to some serious misunderstandings around life and family issues,” he said.
END_OF_DOCUMENT_TOKEN_TO_BE_REPLACED END_OF_DOCUMENT_TOKEN_TO_BE_REPLACED