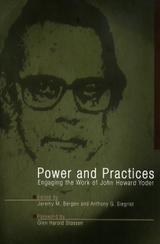 News of former National Indigenous Anglican Archbishop Mark MacDonald’s resignation due to sexual misconduct allegations has shocked many in the church, with Indigenous and non-Indigenous leaders describing both emotional and practical challenges in coming to terms with it.

In a pastoral letter to the church, Archbishop Linda Nicholls, primate of the Anglican Church of Canada, said MacDonald had acknowledged the sexual misconduct. His resignation took effect in accordance with Canon XIX on Relinquishment or Abandonment of the Ministry. The primate confirmed to the Anglican Journal that there are no allegations of criminal offences.

“This is devastating news,” Nicholls said in her pastoral letter. “The sense of betrayal is deep and profound when leaders fail to live up to the standards we expect and the boundaries we set. Our hearts hold compassion for human frailty and space for repentance while we also ache with the pain that such betrayal causes first to the complainant; then to so many others and to the life of our Church.”
END_OF_DOCUMENT_TOKEN_TO_BE_REPLACED END_OF_DOCUMENT_TOKEN_TO_BE_REPLACED