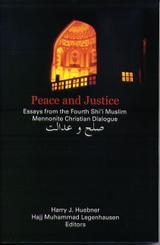 Dialogue between the Catholic Church and the Malankara Orthodox Syrian Church

The Commission for dialogue between the Catholic Church and the Malankara Orthodox Syrian Church met at the Spirituality Center of the Syro-Malabar Church at Kottayam (Kerala, South India) December 5-8, 1994. All Commission members were present.

1. The principal subject was the study on the role of the Episcopate in guaranteeing the Unity of the Church. After taking up again the text on “Synodal Structure and Practice” (P.M.O. John) two other documents were presented: “Koinonia in the Church” (Mar Severios) and “Ecclesial Communion: A biblical-theological perspective” (P.M. Vellanickal). The sub-commission has begun to draft a first synthesis on “the Church as Communion (Koinonia)” which has been discussed by the assembly.

These progressive studies, which have not led immediately to concrete decisions, have engaged the commission in a process of successive approaches to the mystery of the Church and more precisely of its sacramental structure which is common to the two Churches. These approaches also permit us to perceive the links between this structure and the exercise of authority in the Church. It has therefore asked a sub-commission to explore more deeply the notions of authority (exousia) and of service (diakonia in the Church understood as communion (koinonia).
END_OF_DOCUMENT_TOKEN_TO_BE_REPLACED END_OF_DOCUMENT_TOKEN_TO_BE_REPLACED