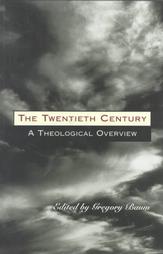 After eight years of preparation, the Council of the Lutheran World Federation (LWF), meeting in Lund, Sweden, from 20 to 27 March, adopted a historic statement on the episcopal ministry.

The full title of the statement is Episcopal Ministry within the Apostolicity of the Church – The Lund Statement by the Lutheran World Federation – A Communion of Churches. It has been developed as a clarification of how the Lutheran churches understand the character and purpose of the ministry of oversight in the church, paying particular attention to how this ministry serves the church’s apostolicity – its continuity with Christ and the apostles.
END_OF_DOCUMENT_TOKEN_TO_BE_REPLACED END_OF_DOCUMENT_TOKEN_TO_BE_REPLACED

One challenge now facing merged Anglican and United congregations, as noted in a report issued following the conclusion of the most recently completed round of dialogue between the two denominations, is that they lack an agreement allowing the interchangeability of ministries. Clergy of one church have been allowed to serve as clergy for the other generally only in circumstances regarded as exceptional, such as in ecumenical shared ministries, for which special permission needs to be granted by the authorities of each denomination.
END_OF_DOCUMENT_TOKEN_TO_BE_REPLACED END_OF_DOCUMENT_TOKEN_TO_BE_REPLACED