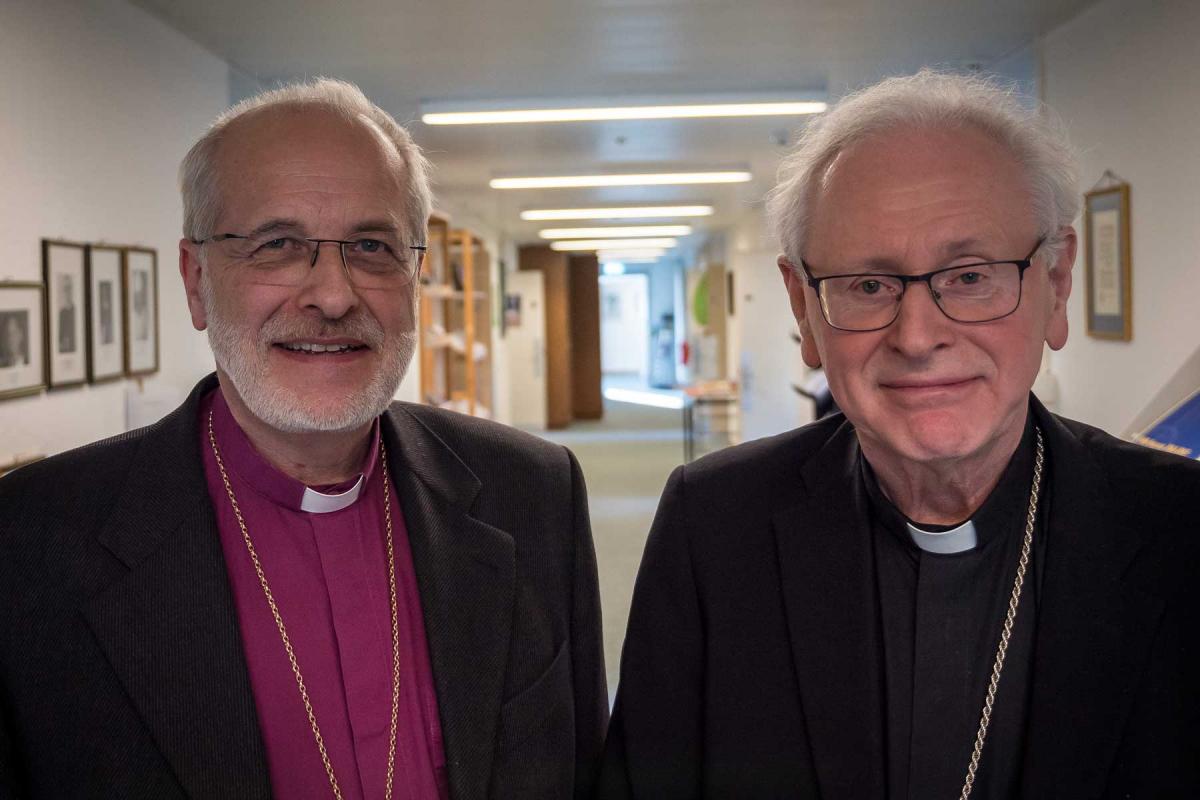 Impressions from Catholic-Lutheran dialogue in Finland

(LWI) A dialogue document on Church, Eucharist and Ministry published by Lutherans and Roman Catholics in Finland in 2017 could pave the way for an international declaration between the two Christian churches, church leaders in the Nordic nation say.

Communion in Growth, a report from the Lutheran-Catholic Dialogue Commission of Finland, found that despite differences of emphasis between the Roman Catholic Church in Finland and the Evangelical Lutheran Church of Finland, Eucharist and (ordained) Ministry, they don’t need to be church dividing issues in the light of the achieved consensus on the basic truths of faith regarding these themes.

Encouragement for the future

“We hope that [the declaration] can function as an encouragement for international preparation of a Joint Declaration on Church, Eucharist and Ministry in the future,” declared Rev. Dr Tomi Karttunen, chief secretary for ecumenical relations for the Evangelical Lutheran Church of Finland.

In 1999, after years of dialogue, The Lutheran World Federation (LWF) and the Roman Catholic Church signed the Joint Declaration on the Doctrine of Justification (link: www.lutheranworld.org/content/resource-joint-declaration-doctrine-justification) , seen as a landmark agreement between the two traditions.

“Perhaps the 500th anniversary of the Augsburg Confession in 2030 can also be a kind of milestone from this perspective. I hope so,” added Karttunen, who serves as secretary of the dialogue commission.

Teemu Sippo, the Catholic Bishop of Helsinki called the declaration remarkable in that it had discovered that there was so much agreement between the Catholics and Lutherans in Finland around the Church, the Eucharist and Ministry.

“Many thoughts in common”

“I don’t know how many times there are sentences that begin with, ‘We agree … that this and this…’ And that is really amazing and we are ourselves a little surprised that there are so many thoughts which we have which are in common. It is more than in any other document,” Bishop Sippo added.

Bishop Simo Peura of the Evangelical Lutheran Church of Finland, Lapua diocese, agreed with this analysis, adding that even where there are differences between the churches around the Church or Eucharist, they are not issues that don´t need to divide the traditions.

“And also in the area of Ministry, there is much in common where we have said we agree,” Bishop Peura noted.

“The differences can be acceptable because there is so much in common, and that was the whole idea of the document. In Ministry there are some issues that need further clarification, or at least we have said that there are open issues which have to be discussed more.”

Shared understanding of the Eucharist

On the question of the Eucharist, both Christian bodies strongly emphasize that consecrated bread and wine are the body and blood of Christ and so on a concrete theological level the two churches understand each other better than ever, Bishop Peura emphasized.

For other issues such as Ministry and the praxis of the Church, the next step will be to see how the agreement is worked out in Lutheran and Catholic congregations throughout Finland before knowing what steps should take place next in the country.

However, the Finnish church leaders agree that they would like similar conversations on Church, Eucharist and Ministry to take place on the international level. They expressed their hope that the LWF and the Pontifical Council for Promoting Christian Unity (PCPCU) would “form a working group which should provide and produce a common declaration on these issues,” said Bishop Peura.

“It is important that it be done at the international level.”

For his part, Catholic Bishop Sippo maintained that Communion in Growth offers a testimony of the community that had already existed between Lutherans and Catholics in Finland.

“We are brothers and sisters already now. And this communion should grow now and I think that ‘Communion in Growth’ is a good name for it. We have not reached the goal yet but I think it is a good way towards unity, this document.”

The three theologians noted that the Finnish document, which is written in English, has been inspired by international agreements such as the Joint Declaration on Justification and the American document Declaration on the Way but also by the unique Finnish church history and understanding of Martin Luther.

In Finland the great reformer was Mikael Agricola, and his main accomplishment was to translate the Bible, Catechism and many Catholic prayers into Finnish. The Lutherans inherited Catholic episcopal structures there, and Luther is seen as being a continuation of the church Fathers.

“It was not so much a rebellion in Finland, it was actually more of a silent development,” Bishop Sippo concluded.

The report was shared with Pope Francis last week.