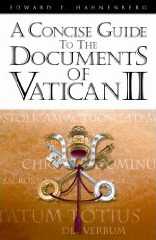 What Assisi Has Lost: A report from the meeting of religious leaders

Of all the challenges faced by the Vatican in organizing the 25th anniversary of the historic interreligious gathering in Assisi in 1986, the hardest was how to make it newsworthy. The 176 delegates–representing, said the Vatican, “not only the world’s religions, but all people of good will, everyone seeking the truth”–whom Pope Benedict XVI led by train from Rome to the town of St Francis were comprehensive in their diversity. But if the Christian delegations on October 27 included the top men–Pope Benedict himself, the Archbishop of Canterbury and the Ecumenical Patriarch, Bartholomew I–the delegates from Judaism, Islam, Hinduism, Buddhism and others included no obvious celebrities, or even organizations whose presence might have raised an eyebrow. Even the inclusion of four non-believers failed to create a stir, for it was not Richard Dawkins or Christopher Hitchens standing with the pope but little-known academic philosophers.
END_OF_DOCUMENT_TOKEN_TO_BE_REPLACED END_OF_DOCUMENT_TOKEN_TO_BE_REPLACED

At 16:00, the representatives of different religions prayed for peace in different places of Assisi. All Christians gathered in the Lower Basilica of St. Francis for an Ecumenical prayer during which all the countries of war are named and a candle is let for each country. The Holy Father then offers the following meditation:
END_OF_DOCUMENT_TOKEN_TO_BE_REPLACED END_OF_DOCUMENT_TOKEN_TO_BE_REPLACED