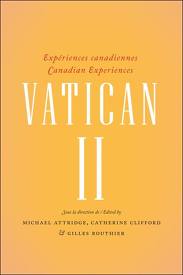 In recognition of their contribution to ecumenism on the local, national and international levels, the 2001 Ecumenical Leadership Award is presented to Ray and Fenella Temmerman.

From August 1-6, 2001 Canada hosted an international conference for interchurch families in Edmonton, Alberta. This conference brought together families from eight countries on three continents to share their joys and pains of interchurch life. The success of this conference is largely due to Ray’s efforts. Ray was involved in the planning for the 2001 conference since it was conceived in July 1998 and was an anchor in the planning from the beginning. He set up an e-mail list expressly for the preparation of this conference and ensured that Canadian families from across the country had input into the format and content of the conference. He also organised regular Internet chat sessions leading up to the conference where people from around the world, including a couple from England, discussed electronically, issues relating to the conference. It was through these chat sessions that the site for the conference was decided, the theme for the conference was established, and the keynote speakers were selected, among other issues. Ray’s expertise with computers and the Internet has given people from across the country a chance to make a real contribution to the conference.
END_OF_DOCUMENT_TOKEN_TO_BE_REPLACED END_OF_DOCUMENT_TOKEN_TO_BE_REPLACED