Nicholas Jesson is the ecumenical officer for the Roman Catholic Archdiocese of Regina. He is also editor for this website. He lives in Regina with his wife, the Rev. Amanda Currie, who is the minister at First Presbyterian Church, Regina. Nicholas' research interests are focused on the ecumenical dialogue between Evangelicals and Roman Catholics. See his personal page for further information about his research and experience.
Archives 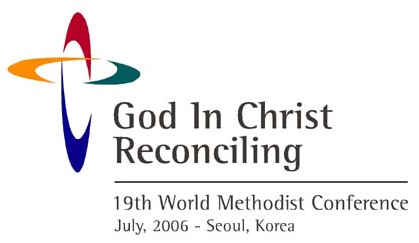 During the summer months ecumenical news dries up as church leaders, pastors, and theologians head off on their holiday plans. However, this year a very significant event occurred while we were all at the lake. Since 2001, Methodists have expressed appreciation for the Lutheran-Roman Catholic “Joint Declaration on the Doctrine of Justification” (JDDJ). Not long after the formal affirmation of the JDDJ, representatives of the Methodist World Council and the World Alliance of Reformed Churches gathered with the two signatories to discuss the possibilities of expanding the consensus to include their constituencies. This summer, on July 23, the World Methodist Conference, a gathering of 76 churches in the Methodist tradition, affirmed the Joint Declaration in a signing ceremony together with Lutheran and Roman Catholic representatives.

The Methodist affirmation of the JDDJ includes a “Methodist Statement” on the doctrine of Justification that recognizes the JDDJ’s basic consensus in the truths of justification. The JDDJ had used an ecumenical method known as “differentiated consensus,” in which the two signatories each express their distinctive emphases in the articulation of the doctrine. The key affirmation of the JDDJ is that the differing emphases of the two signatories are not church dividing, and do not fall within the censure of the Reformation condemnations issued by either community. To adhere to the JDDJ, the Methodist Statement outlines the distinctive Methodist emphasis on the doctrine, and affirms that the Lutheran and Roman Catholic emphases are not sufficient cause for separation between these churches and the Methodist churches.

An Official Common Affirmation was signed on July 23 at the World Methodist Conference in Seoul, South Korea. The common affirmation of the three signatory churches welcomes the Methodist statement and affirms that it “demonstrates Methodist agreement with the consensus in basic truths of the doctrine of justification” as expressed in the JDDJ. The common affirmation ends with a commitment to further dialogue towards a deeper understanding of the doctrine of justification.

The “Methodist Statement” and the “Official Common Affirmation” of the Joint Declaration on the Doctrine of Justification can be found online at www.lutheranworld.org/What_We_Do/OEA/Methodist-Statement-2006-EN.pdf.