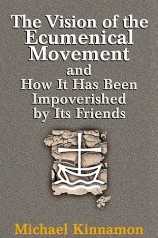 The Templeton Foundation has just announced from London that it has awarded the 2015 Templeton Prize to Jean Vanier, for his innovative discovery of the central role of vulnerable people in the creation of a more just, inclusive and humane society. The Templeton Prize, which has previously been awarded to Mother Teresa, Desmond Tutu, the Dalai Lama and others, is one of the most prestigious honours in the world, and is valued at close to 1.7 million USD.

According to Jean Vanier, this prize honours primarily the most vulnerable among us, often marginalized in our societies, and to whom he attributes his discovery. It is these people who revealed to him that any person who has been previously rejected, when welcomed, becomes a source of dialogue, of healing, of unity and of peace for our societies and our religions.
END_OF_DOCUMENT_TOKEN_TO_BE_REPLACED END_OF_DOCUMENT_TOKEN_TO_BE_REPLACED