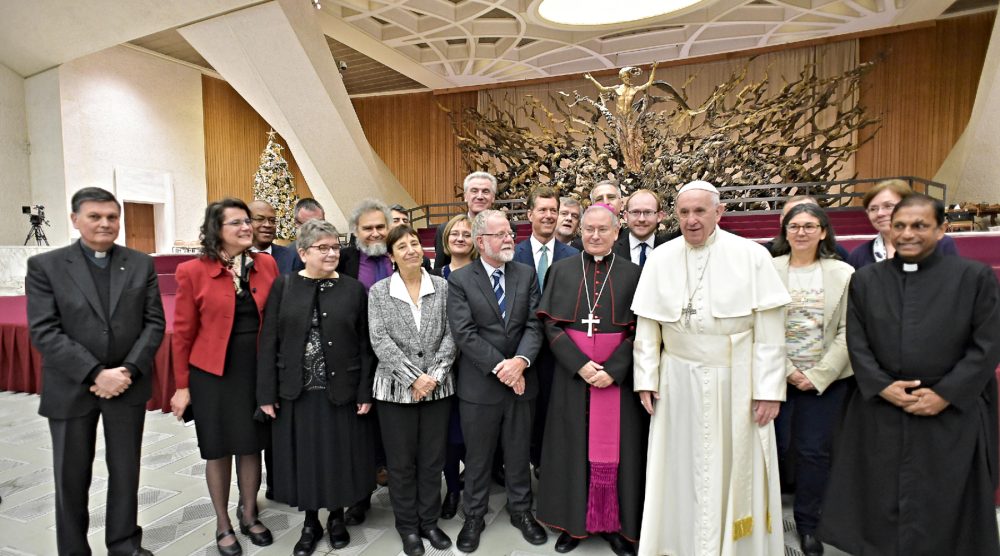 The second meeting of the third phase of international ecumenical conversations between the Baptist World Alliance (BWA) and the Pontifical Council for Promoting Christian Unity took place Dec. 10-14 in Rome at the Domus Internationalis Paulus VI.

The meeting took up the theme of the “Context of Common Witness.” This discussion reflected on the global cultural context in which common Christian witness is being conducted today in six continents of the world.

This sub-theme helps to illuminate the overall theme of the third phase of dialogue, “The Dynamic of the Gospel and the Witness of the Church.” The Baptist-Catholic group will meet annually through 2021 for this third phase of conversations.

Included in the week of ecumenical conversations was a meeting with Pope Francis during the general papal audience on Dec. 12. The following day, the participants visited a local Baptist church in Trastevere.

The Baptist-Catholic group will convene for its third round of the current phase of conversations on Dec. 9-13, 2019, in Warsaw, Poland, hosted by the Baptist Union of Poland at the Baptist Theological Seminary in Warsaw.

The Baptist delegation consisted of members and persons specially invited as observers.

Trisha Miller Manarin, coordinator of mission, evangelism and justice for the BWA, represented the BWA staff during sessions of the conversations.

The secretaries for the co-chairs are Steven R. Harmon, associate professor of historical theology at Gardner-Webb University School of Divinity, Boiling Springs, North Carolina, on behalf of the BWA, and Fr. Avelino González-Ferrér, a priest of the Archdiocese of Washington currently serving at the Pontifical Council for the Promotion of Christian Unity.