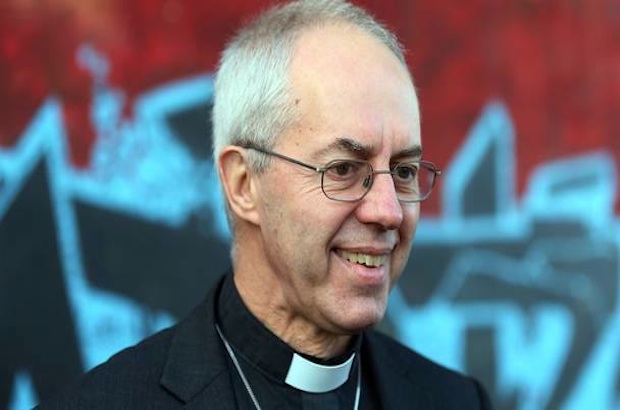 Archbishop of Canterbury Justin Welby says a decision about the 2018 Lambeth conference will be made once he has visited all provinces of the Anglican Communion by the end of the year. Credit: Lambeth Palace ~ 2014
Archives

In an interview with the Church of Ireland Gazette on Oct. 3, Archbishop of Canterbury Justin Welby addressed speculation that the next Lambeth Conference, which is usually held every 10 years and was expected to be in 2018, might be postponed.

When asked by Gazette editor Canon Ian Ellis if he had made up his mind or was rethinking Lambeth 2018, Welby said, “I am not rethinking. I’m following through with what I said to the primates when I was installed as archbishop, which was that I would, by the end of 2014, seek to visit them all in their home country, in their own home, discuss with them the future of what it looked like and then we would collectively make up our minds where we went.”

The speculation had been fuelled by comments made in late September by U.S. Presiding Bishop Katharine Jefferts Schori when she told The Episcopal Church’s House of Bishops that no planning or fundraising had yet taken place for a 2018 meeting. Archbishop Welby, she said, “has been very clear that he is not going to call a Lambeth [Conference] until he is reasonably certain that the vast majority of bishops would attend. It needs to be preceded by a Primates’ Meeting at which a vast majority of primates are present.” She added that, “As he continues his visits around the communion to those primates, it’s unlikely that he will call such a meeting at all until at least a year from now or probably 18 months from now. Therefore I think we are looking at 2019, more likely 2020, before a Lambeth Conference.”

Ellis asked if the appointment of Dr. Tory Baucaum, an ACNA priest, as one of the Canterbury Six Preachers who are called on to preach at Canterbury Cathedral on various occasions, was a sign of hope for that reconciliation. Welby said, “It’s too early to say.”  He noted that Baucum “was ordained before ANCA emerged, many years before, and is validly ordained with Anglican orders…The reasons for his appointment were stated at the time. They were his commitment to reconciliation  [and] his scholarship. He is a significant scholar in his own right, a very serious writer,” said Welby.

With files from The Church of Ireland Gazette/Episcopal News Service