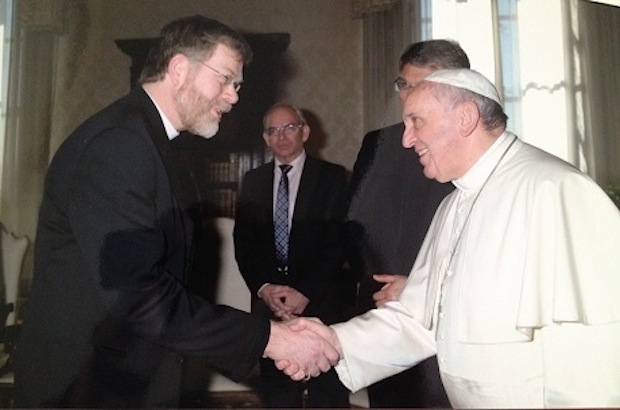 [ACNS] The Revd Canon Dr John Gibaut has been appointed to succeed the Revd Canon Dr Alyson Barnett-Cowan in March as Director for Unity, Faith and Order of the Anglican Communion.

Canon Gibaut is currently the Director of the World Council of Churches’ Commission on Faith and Order based in Geneva Switzerland. Faith and Order is the theological commission that resolves issues of Christian disunity, and promotes a vision of the Church as a communion of unity in diversity.

A priest and canon theologian of the Diocese of Ottawa, Anglican Church of Canada, Canon Gibaut is currently an assistant priest of Eglise St-Germain, Geneva, église catholique-chrétienne (Old Catholic Diocese of Switzerland). Previously to his appointment to the WCC position, he was a professor at Faculty of Theology, Saint Paul University, Ottawa. Here he taught in the areas of ecumenism, liturgy, church history, historical theology, homiletics, and Anglican studies. Canon Gibaut has also served at Toronto’s St James’s Cathedral and St Clement’s Mission Centre in the Diocese of Quebec.

Responding to his appointment, Canon Gibaut said, “I am excited to take up the post of Director of Unity, Faith and Order of the Anglican Communion, and to continue the fine work undertaken by Alyson Barnett-Cowan and her predecessors in this office. “The Anglican Communion has a robust tradition of ecumenical engagement that has contributed so much to the unity of the Church, including the World Council of Churches. It is a particular privilege for me to bring to the Anglican Communion the experience that I have gained during the past seven years working at the World Council of Churches and its Commission on Faith and Order. “I look forward to accompanying the Anglican Communion, as together we rediscover and proclaim a compelling vision of Communion as the gift by which the Church lives, and at the same time, the gift that God calls the Church to offer to a wounded and divided humanity.”

Secretary General of the Anglican Communion Canon Kenneth Kearon welcomed the appointment, “There are few more important positions in the Anglican Communion than that of Director for Unity, Faith and Order, a role which supports and enables our relationships with other Christian churches and communions, our ecumenical dialogues, and our internal conversations about our faith. “In Canon Gibaut we will have someone of immense experience, ability and wisdom to lead us. I am truly delighted he has accepted this position, and wish him and his wife Terri every blessing as they prepare for this transition to London and the Anglican Communion Office.”