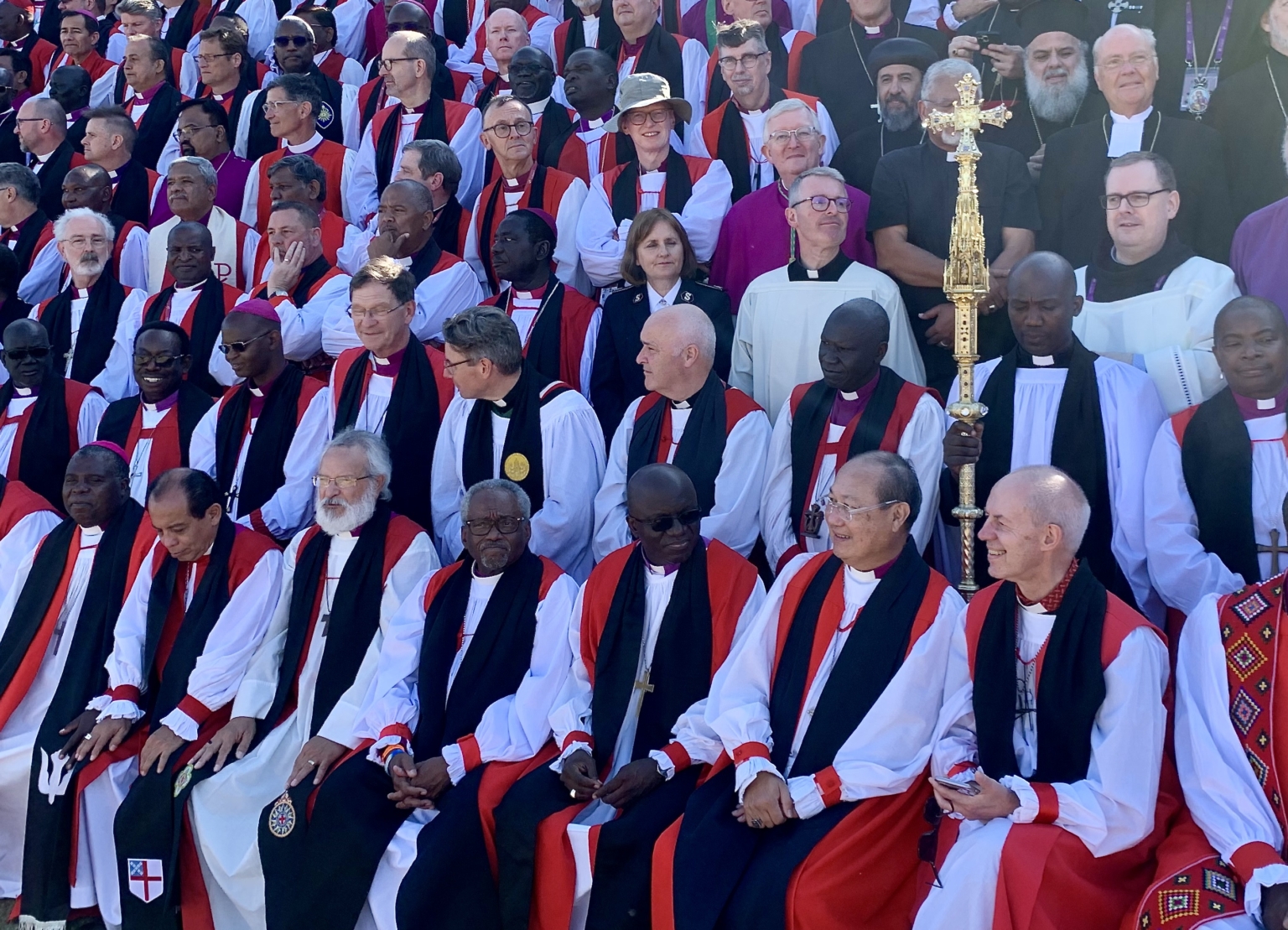 They marched up the hill wearing vestments of all styles and colors and speaking an array of languages from around the world. They laughed, sang and danced as they climbed the bleachers and lined up in rows, from shortest to tallest. And then, after some final adjustments and one fainting spell, the last one took her seat and there they were: the bishops of the Anglican Communion.

The portrait of all 650+ bishops in attendance is a tradition dating back to the first Lambeth Conference in 1867. That first portrait, showing a small group of white men in black suits, is unrecognizable from the one taken on July 29 on an athletic field at the University of Kent, under a blazing sun.

Read the complete article at The Episcopal News Service

But first, the bishops’ spouses lined up for their portrait – except for those in same-sex marriages, who were not invited to participate in official events. As the bleachers slowly filled up, they spontaneously began singing “Amazing Grace,” accompanied by a crying baby.

For the bishops, it was a moment of unity and joy during a conference that has so far been marked by deep divisions. There was no sign of the disputes over sexuality that had boiled over at a morning press conference held by a group of bishops who said they would not take Communion with bishops in same-sex relationships.

Instead, there was a constant stream of lighthearted reunions and a few hymn renditions – some with dances – as they were shepherded into place by photographers and event staff, who directed them through megaphones and sometimes physically moved the bishops into place. The line of bishops stretched halfway around the field before reaching the bleachers.

“Look at me!” the photographer reminded the bishops multiple times as he finally took the photos. “Look at me!”

The spouses’ and bishops’ portraits took almost exactly the two hours marked in the schedule, but there was still one photo left: the female bishops.

“There was a lot of cheering – it was fun,” said Indianapolis Bishop Jennifer Baskerville-Burrows.