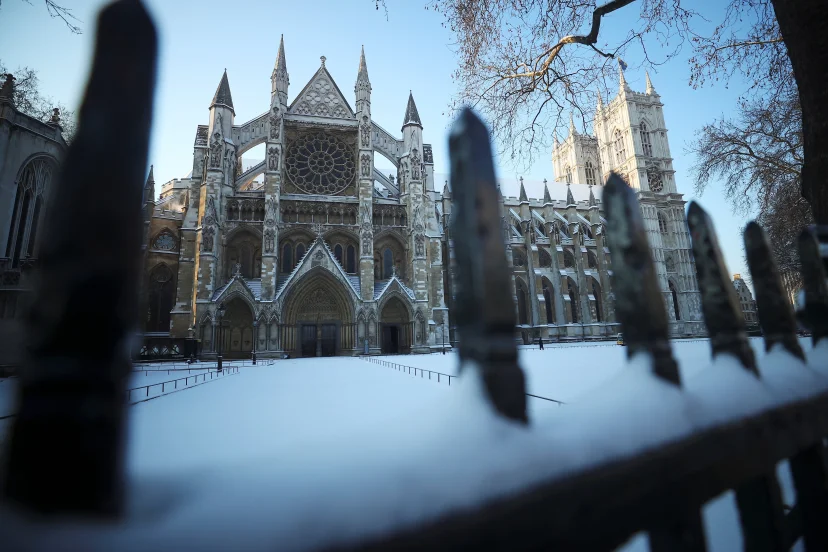 A group of Catholic and Anglican theologians has publicly called on the Vatican to review and overturn a papal document from 1896 that declared Anglican ordinations “absolutely null and utterly void.”

“Where we once walked apart, we now walk together in friendship and love,” wrote members of the Malines Conversations Group after tracing the history of ecumenical agreements between the Catholic Church and the Anglican Communion and, especially, reviewing examples of collaboration and gestures of recognition.

The judgment made by Pope Leo XIII in his apostolic letter “Apostolicae Curae” in 1896 “does not accord with the reality into which the Spirit has led us now,” said members of the group, which is an informal Catholic-Anglican dialogue that began in 2013.

Members of the group, who are not appointed to represent their churches but keep their respective ecumenical offices informed of their studies and discussions, presented their document Dec. 15 at Rome’s Pontifical University of St. Thomas Aquinas.

The 27-page document is titled, “Sorores in Spe — Sisters in Hope of the Resurrection: A Fresh Response to the Condemnation of Anglican Orders.”

Bishop Brian Farrell, secretary of the Pontifical Council for Promoting Christian Unity, said that while his Vatican office does not sponsor the group’s dialogue, “we are very happy” that the question of Anglican orders is “being examined in the wholly different ecumenical context of today, when so much has been achieved in Anglican-Catholic relations.”

“From the Catholic point of view, it is a question of finding the theological and canonical language that would better reflect what we do in practice, which is to acknowledge a genuine ministry in other churches,” he told Catholic News Service. “As the Second Vatican Council teaches, the Holy Spirit does indeed work through them for the salvation of their members.”

The context for “Sorores in Spe” is the theological and practical difference in Catholic-Anglican relations over the past 125 years and, especially, since the formal Anglican-Roman Catholic theological dialogue was established in 1967 by St. Paul VI and Anglican Archbishop Michael Ramsey of Canterbury.

The theological and canonical motivations for Pope Leo’s decision, as explained in the document, were “defects” of both form and intention in the Anglican ordination rites because, in the Vatican’s eyes, “it was not made clear that the priest received ‘the power of consecrating and of offering the true Body and Blood of the Lord’” and because the Anglican Communion had introduced a rite not approved by the church.

But the official agreed statements of the Anglican-Roman Catholic International Commission since 1970, including statements on the Eucharist and on ministry, “testify to an intimate family likeness between our traditions, which reveals a communion already shared,” said “Sorores in Spe.”

That likeness is especially underlined by a succession of gifts from the pope to Anglican clerics, said members of the Malines Conversations Group. They cited: St Paul VI’s gift of his episcopal ring to Archbishop Ramsey in 1966; the pectoral crosses several popes have given to Anglican bishops over the years; and the stole St. John Paul II gave Anglican Father Henry Chadwick in 1982.

The progress over the past 50 years is such that it is no longer unusual that “our deepest mutual friendships, our spiritual directors, our trusted confidants and prayer partners and theological interlocutors all cross the Anglican-Roman Catholic divide,” said the Rev. Sarah Coakley, an Anglican theologian.

In the formal theological dialogue’s conversations about ministry and ordination, the issue of the ordination of women as priests and bishops in most churches of the Anglican Communion keeps coming up. The Catholic Church has insisted it has no right to ordain women to the priesthood, since Jesus chose only men as his apostles.

But those who drafted “Sorores in Spe” insisted that the arguments for or against the ordination of women are different from the arguments used by Pope Leo in “Apostolicae Curae” to declare Anglican orders null and void.

“The fact that women can, in most Anglican provinces, now be ordained, does not in itself mean that the pope’s condemnation of 1896 must be applied to the present situation,” they wrote.

In presenting the document Dec. 15, Sister Gemma Simmonds, a member of the Congregation of Jesus, told the audience one aim of the Catholic Church’s synodal process is to overcome “toxic clericalism and misogyny” within its ranks.

But, she said, the ordination of women priests and bishops “has not entirely banished misogyny from within the Anglican Church and illustrates that neither theological discourse nor ecclesial action is sufficient to convert minds and hearts.”

Still, Simmonds said, many Catholic women have drawn hope from the Anglican Communion’s willingness to “take bold steps” to affirm what is written in the Letter to the Galatians: “There is neither Jew nor Greek, there is neither slave nor free person, there is not male and female, for you are all one in Christ Jesus.”

Since the original Malines Conversations in 1921-27, the group said, “Anglicans and Catholics have learned to pray together and for one another, our shared study of Scripture and tradition has brought renewal, we have engaged in joint projects of dialogue, discipleship and witness, we have experienced growing friendship.”

“In a world utterly transformed since the end of the 19th century, facing difficulties and threats on a scale beyond imagining at that time,” the group said, “we have learned what it is to share a common hope. We long for our churches to be able to embrace one another as sisters in Christ.”