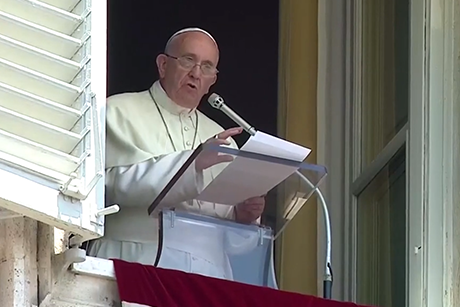 Senior Anglican leaders have endorsed Pope Francis’ call for an ecumenical day of prayer and fasting for peace, with a particular focus on the Democratic Republic of Congo and South Sudan. Pope Francis made his call on Sunday in his traditional Angelus address to crowds in St Peter’s Square in the Vatican. It has now been endorsed by the acting primate of the Anglican Church of South Sudan, the secretary general of the Anglican Communion, and the deputy director of the Anglican Centre in Rome.

“Faced with the tragic continuation of conflict in several parts of the world, I invite all faithful to a special day of prayer and fasting for peace on this coming 23 February, Friday of the First Week of Lent,” Pope Francis said. “We will offer this in particular to the populations of the Democratic Republic of the Congo and of South Sudan.

“As on other similar occasions, I also invite non-Catholic and non-Christian brothers and sisters to participate in this initiative in the ways they consider most appropriate, but all together.

“Our heavenly Father always listens to His children who cry to Him in pain and in anguish; ‘He heals the broken hearted and binds their wounds’ (Psalm 147, 3). I address a heartfelt appeal that we too hear this cry and, each person in his or her own conscience, before God, let us ask ourselves, ‘what can I do for peace?’.

“Certainly we can pray; but not only this: each person can say a concrete ‘no’ to violence, as far as it depends on him or her. Because the victories obtained with violence are false victories: whereas working for peace is good for all!”

The acting primate of South Sudan, Archbishop Peter Munde Yacoub of the internal province of Western Equatoria, and Bishop of Yambio, welcomed the call to prayer. “Prayer is very important because it is our weapon as Christians,” he said. “There is need to pray for South Sudan, especially at this time where the leaders of South Sudanese are in Addis Ababa for peace talks.

“Jesus says if we pray faithfully, the mountains can fall into the sea. We have mountains in front of us: the evil war and the killing of innocent people.

“Pray that Almighty God will remove this evil war and bring us peace, and remove the suffering of South Sudanese people.”

The Chair of the Anglican Consultative Council, Archbishop Paul Kwong, the Primate of Hong Kong, said: that he responded “wholeheartedly” to Pope Francis’ call, and thanked him for inviting non-Catholics and non- Christians to participate in the initiative.

“We all know that the continuation of violence and conflicts in many parts of the world is so severe that no single group of people is capable enough to address,” he said. “But we as Christians have been given the faith, hope and love to participate in God’s mission in the world, together with sisters and brothers from other churches. We have also been called to dialogue and engagement with other religious and non-religious communities to address the issues facing our world.

“There is much we can do together in prayers and in action.”

The Secretary General of the Anglican Communion, Dr Josiah Idowu-Fearon, also backed the call to prayer and fasting, saying: “Conflicts continue to blight the lives of millions of people. In support of our brothers and sisters in areas of conflict, and particularly in solidarity with those in the Democratic Republic of Congo and South Sudan, I join with Pope Francis in calling the Churches of the Anglican Communion and all people of good will to prayer and fasting for peace on Friday 23 February.”

The Deputy Director of the Anglican Centre in Rome, the Revd Dr Justin Lewis-Anthony, said: “We strongly support the call of Pope Francis to mark the first Friday in full Lent as a day of fasting and prayer in solidarity with the suffering peoples of South Sudan and the DRC.”

He added: “It is only when men and women of goodwill, of faith or not, come together that the promise of justice and peace inherent in the Christian Gospel is made manifest. We have seen the fruits of this goodwill in the work, among other movements, of the Anglican Peace and Justice Network. We will be supporting the Pope’s initiative ourselves here in Rome, and we ask our brother and sister Anglicans around the world to join it as well.”