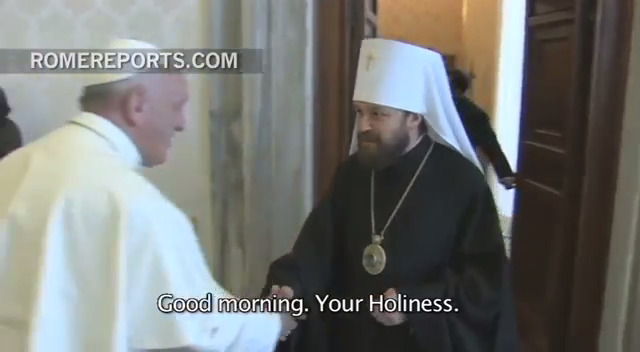 Even though it was a closed door meeting, the ongoing conflict in Ukraine and the role Russia plays in it, was surely discussed. Especially in light of President Putin’s recent visit with Pope Francis.

“Let’s pray so that everything can get accomplished.”

As a gift, Hilarion gave the Pope a Russian icon of Jesus.

“It’s a replica of an ancient Russian icon, of Our Savior.”

Worldwide, there are an estimated 150 million Russian Orthodox Christians.