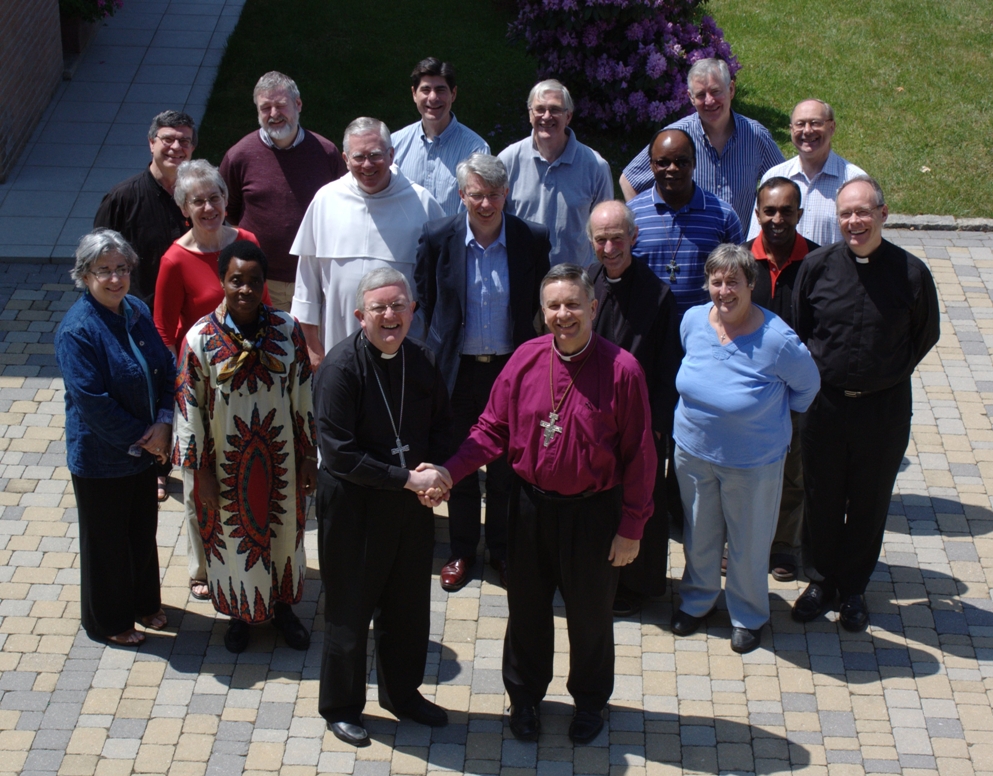 ARCIC III first meeting at the monastery of Bose, May 2011

The third phase of ARCIC, or Anglican-Roman Catholic International Commission, started on Tuesday at the monastery of Bose in northern Italy. Nestled in the foothills of the Alps, the monastery, founded on the closing day of the Second Vatican Council in December 1965, is a haven of peaceful reflection and prayer, but also a place of important ecumenical encounters.

Within its secluded walls, the two teams of Catholic and Anglican experts are gathered from May 17th to 27th focusing on the theme ‘Church as Communion – local and universal.’ The discussions will look back at achievements of the previous ARCIC dialogues and explore pressing ethical issues that are challenging the teaching of both Churches.

To find out more, Vatican Radio spoke to the two co-secretaries of the meeting – Msgr. Mark Langham of the Pontifical Council for Christian Unity and Canon Alyson Barnett-Cowan, head of the Unity, Faith and Order office of the Anglican Communion. Listen here: Real or MP3 or visit the Vatican Radio site here

We’ve always said that the path of traditional ecumenical dialogue is different from that of individual or group conversion – the Second Vatican Council made that clear in its document on ecumenism – so we don’t see our work lying within that framework of the Ordinariate.”

“I think expectations are quite high, because there’s been a lot of talk over the past year about Anglican-Catholic relations in the media and this is a chance for the official theological dialogue to get to work on the important questions that are between us at the moment.

The Anglican Roman Catholic International Commission is spending its first few days reviewing the work of the previous phases of work, particularly looking at what ARCIC I and II said about ecclesiology and ethics. It is doing this within a context of regular community prayer with the members of the Monastery of Bose. Biblical study of the Epistle to the Ephesians, led by the co-chairs, provides a biblical framework for the days’ discussions.

Today, Friday, the Commission looked particularly at the mandate given to it, which is to engage in theological dialogue and reflection with the tasks of:

• Re-examining how the goal (to seek “restoration of complete communion in faith and sacramental life” is to be understood today
• Presenting the work of ARCIC II for reception
• Continuing to work in the established dialogue method
• Discussing the Church as communion, local and universal, and
• How in communion the local and universal Church discern right ethical teaching

The Commission was blessed by a visit from Bishop Gabriele, bishop of the local diocese of Biella. He said that in his cathedral there is a baptistery with a font which is older than the division of Christianity in 1054. He has given permission for all Christians to use this baptistery, for baptism is common to us all. The more we love our Lord, he said, the easier it is for us to come closer to one another.