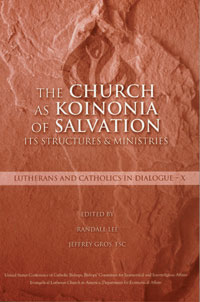 From 1968 through 1983, the WCC and Roman Catholic Church experimented with common social policies and service ministries within a commission on society, development and peace (SODEPAX). In 2011, the WCC, Roman Catholic Pontifical Council on Inter-religious Dialogue and the World Evangelical Alliance jointly published landmark recommendations on the writing of churches’ guidelines on mission and evangelization, Christian Witness in a Multi-Religious World.
END_OF_DOCUMENT_TOKEN_TO_BE_REPLACED END_OF_DOCUMENT_TOKEN_TO_BE_REPLACED