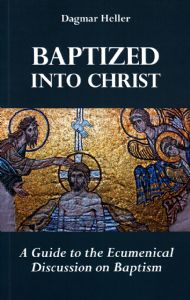 Vatican gets greenlight for .catholic domain

As top-level domain names are being rolled out and up for grabs, the Vatican has scored control of .catholic.

The Internet Corporation for Assigned Names and Numbers (ICANN), which coordinates the assignment of Internet domain names and addresses around the world, has been allowing entities to apply for ownership of hundreds, and soon thousands, of new domain names such as .london, .insurance and .xbox, among others.

The Pontifical Council for Social Communications completed the application process last summer and just received approval that it will now control the new Internet address extension .catholic and decide who is allowed to use it.

The Vatican will control .catholic and its equivalent in other languages using Latin letters, as well as the equivalent of the word “Catholic” in the Cyrillic, Arabic and Chinese alphabets. Its request for .catholic in Chinese is number one on the ICANN list of priority domain names, right above .Amazon in Japanese.
END_OF_DOCUMENT_TOKEN_TO_BE_REPLACED END_OF_DOCUMENT_TOKEN_TO_BE_REPLACED