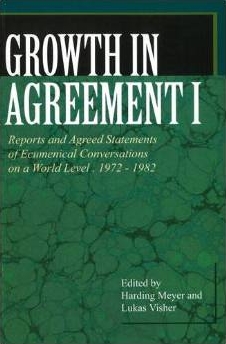 A reprint of the 1984 publication by Paulist Press and WCC Publications, this edition is published by the WCC. It is Faith & Order Paper no. 108.

Reports from bilateral talks between 1971 and 1982 involving official representatives of Roman Catholic, Orthodox and several Protestant traditions on a world level.

Recent decades have witnessed significant progress in the theological consensus of the world’s Christian communities. Although still separated along denominational lines existing since the Reformation, the principal Christian churches have engaged in ongoing discussions in an effort to understand and reconcile their differences. All the talks were official encounters by authorized representatives of the churches, and nearly all the dialogues focused on doctrinal matters. In the long run, however, this process pointed beyond mere doctrinal consensus and towards the living fellowship of Christians. All persons actively engaged in the Christian ecumenical dialogue or who are interested in its progress will find these valuable resource books.