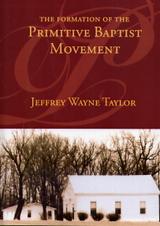 The Primitive Baptist movement, and the story of its formation, is important for several reasons. For the history of the United States, the Primitives illustrate the interplay of religion and culture. Within a modernizing culture, they embraced railroads, but would not modernize their religion. Within the politics of Jacksonian America, their religious convictions impelled them to take sides on certain issues, and to see danger in attempts to "Christianize" the United States. Within the constitutional structure of the separation of church and state, they fiercely contested attempts to create an unofficial established religion. For the history of Baptists, the Primitives are an essential part of the story of nineteenth-century changes. They were a countervailing voice to the shift away from strict Calvinism, to the shift toward denominationalism, and to the embrace of innovation in congregational life. They remind us that the request by today's Baptists to be given "that old time religion" often refers to practices less than two hundred years old.

Primitive Baptist criticisms of the emerging Baptist mainstream raise questions with continuing relevance: Are denominational structures a good idea, or is national organization dangerous? May the church accommodate itself to cultural changes, or must the church be unchanging in its faith and practice? Is respect by other denominations a good thing for Baptists, or can it bring dangers? For ongoing Christian reflection, the Primitives raise perennial questions and give thoughtful answers.