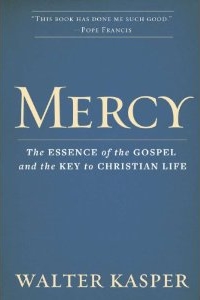 Pain and suffering have been universal human experiences since our beginning. All religions ask, in one way or another, where suffering comes from, why it exists, and what it means. They ask where we can find the strength to endure. They ask for deliverance from it. This is no less true today. The twentieth century saw brutal totalitarian regimes; two world wars; as well as the genocide, concentration camps, and gulags all resulting in the death of tens of millions of people. In the twenty-first century we have the threat of ruthless terrorism, outrageous injustice, abused and starving children, millions of people in flight, increasing persecution of Christians, and devastating natural catastrophes. With this in mind, it is difficult for many people to speak of an all-powerful and simultaneously just and merciful God. Why does God permit all of this?

In Mercy, the important new praised by Pope Francis, Cardinal Walter Kasper examines God’s mercy while holding these devastating facts and questions in hand. He looks at empathy and compassion as a starting point for theological reflection on the topic. He continues by reflecting upon the following: What does it mean to believe in a merciful God? How are divine mercy and divine justice related? How can we speak of a sympathetic—that is, a compassionate—God? Can undeserved woe and divine mercy be brought into harmony with one another? He likewise seeks to address the ethical questions that similarly arise: How can we measure up to the standard of divine mercy in our own actions? What does the message of mercy mean for the practice of the church and how can we cause the central message of God’s mercy to shine in the life of Christians and the church? What does this message mean for a new culture of mercy in our society? These considerations of mercy lead to the fundamental questions of theology. In this work, Kasper combines theological reflection with spiritual, pastoral, and social considerations on this essential topic at a crucial time.

Walter Kasper is a German cardinal of the Roman Catholic Church. He is president emeritus of the Pontifical Council for Promoting Christian Unity, having served as its president from 2001 to 2010.