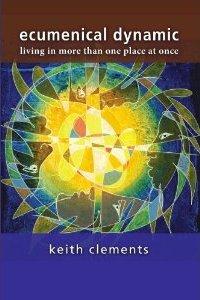 Ecumenical Dynamic probes the meaning and history of the open-hearted Christian commitment we call ecumenism. Ranging across a century of active Christian engagement, historical theologian Keith Clements finds in the ecumenical movement a radical openness that has served to enliven, sustain, and renew Christianity through tumultuous times. Indeed, in the itch to encounter and learn from others very different from ourselves, to "live in more than one place at once," Clements identifies a core element in ecumenical Christian spirituality that is perhaps more relevant today than ever before.

About the author
Keith Clements was born in China of missionary parents and has engaged in pastoral ministry, theological teaching and ecumenical work for more than 45 years, including serving as general secretary of the Conference of European Churches from 1997 to 2005. His previous publications have explored major aspects of modern Christian life and thought, particularly ecumenism and the role of the church in society, with special interests in Dietrich Bonhoeffer and the ecumenical pioneer J.H. Oldham. He is a minister of the Baptist Union of Great Britain.

Reviews
"Deeply insightful and filled with fascinating and perceptive glimpses into the persons, movements, and achievements of recent Christianity, Ecumenical Dynamic is also a cry for Christian commitment that looks beyond the merely individualistic, therapeutic, and narrow temptations in contemporary Christianity to a new and engaged future." --Rev. Dr Olav Fykse Tveit, General Secretary, World Council of Churches

"I am still among those called 'ecumenical enthusiasts by Keith Clements. And I sincerely hope that his book contributes to the ecumenical spring we so desperately need today!" --Rev. Dr Margot Kassmann, Evangelical-Lutheran Church of Hannover, Germany