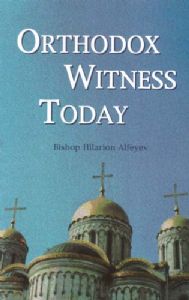 This anthology of essays is an exploration of Christianity and secularization in contemporary society, expressed in the author's distinctive voice. He provides a broad view of central issues in inter-Orthodox, Orthodox-Protestant, and Orthodox-Catholic dialogues. The book describes Christian churches and ecumenical bodies that are under pressure both from modern culture and due to their own, internal struggles. Social forces of secularization act on churches and individuals, causing faith to become more personal as religion is robbed of its proper public role. Some respond to modernity by trying to revise traditional standards of belief and practice. The contrast between such theological experimentation and the preservation of tradition is seen as a fundamental source of the churches' disunity. The author calls for the opening of "a true dialogue, not just a monologue"Ña dialogue in which "we must be able not only to criticize others, but also to be self-critical".