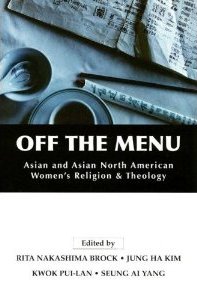 Asian American Christianity is one of the fastest-growing forms of American Christianity, and it has already proven to be one of the richest and most innovative movements in North American religion. With a deep understanding of their roots in classic Christianity as well as the diversity of Asian culture, these theological voices have contributed some of the freshest and most provocative work of recent decades. This volume brings together women who are searching for authentic Christian dialogue in a world of hybridity and changing context, and it represents one of the most significant areas of growth and vitality in contemporary Christianity.

Rita Nakashima Brock is Founding co-Director of Faith Voices for the Common Good in Oakland, California. She is also a Visiting Scholar at the Starr King School for the Ministry, Graduate Theological Union, in Berkeley, California.

Jung Ha Kim is Senior Lecturer in the Department of Sociology at Georgia State University in Atlanta, Georgia, and coauthor of Singing the Lord's Song in a New Land: Korean American Practices of Faith

. She devotes much of her time to serving the Asian American Community Center in Atlanta.