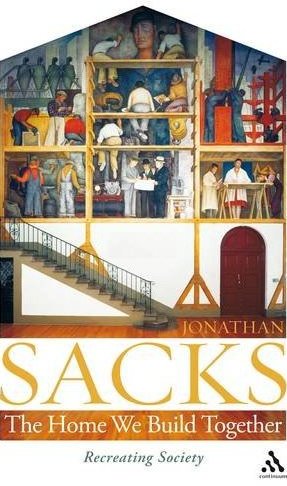 "Multiculturalism has run its course, and it is time to move on." So begins Jonathan Sacks' new book on the future of British society and the dangers facing liberal democracy.

Arguing that global communications have fragmented national cultures and that multiculturalism, intended to reduce social frictions, is today reinforcing them, Sacks argues for a new approach to national identity. We cannot stay with current policies that are producing a society of conflicting ghettoes and non-intersecting lives, turning religious bodies into pressure groups rather than society-building forces.

Britain, he argues, will have to construct a national narrative as a basis for identity, reinvigorate the concept of the common good, and identify shared interests among currently conflicting groups. It must restore a culture of civility, protect "neutral spaces" from politicization, and find ways of moving beyond an adversarial culture in which the loudest voice wins. He argues for a responsibility- rather than rights-based model of citizenship that connects the ideas of giving and belonging.

Offering a new paradigm to replace previous models of assimilation on the one hand, multiculturalism on the other, he argues that we should see society as "the home we build together", bringing the distinctive gifts of different groups to the common good. Sacks warns of the hazards free and open societies face in the twenty-first century, and offers an unusual religious defence of liberal democracy and the nation state.

Sir Jonathan Sacks is Chief Rabbi of the United Hebrew Congregations of Britain and the Commonwealth. He is the author of numerous books, including Celebrating Life, From Optimism to Hope, The Persistence of Faith and The Dignity of Difference, for which he won a Grawemeyer Award in Religion.