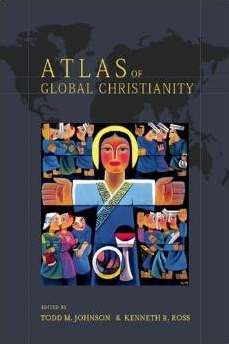 The Atlas of Global Christianity is a concise reference that begins with the epoch-making "Edinburgh 1910" World Missionary Conference, the first scholarly atlas to depict the twentieth-century shift of Christianity to the Global South and the first to map Christian affiliation at the provincial level. The full-color atlas, with maps and graphs, is divided into five major sections: Part I covers the world, including thematic maps on world issues and world religions and comparing the global context of 1910 and 2010. It also contains maps on religious freedom and religious diversity. Part II focuses on context with thematic maps reflecting major Christian traditions, such as Anglicans, Independents, Marginals, Orthodox, Protestants, and Roman Catholics, as well as Evangelicals and Pentecostals. Part III depicts Christianity before the formation of the twenty-one regions of the United Nations (Eastern Africa, Western Africa, Southern Africa, and more). Each region is described in four pages that features an historical essay, maps, graphs, tables, and charts. In addition, essays and maps are included for each of the six United Nations continental areas (Africa, Asia, Europe, Latin America, Northern America, and Oceania). Part IV views the world through languages, peoples, and cities, a new approach to analyzing Christianity and its resources. Part V focuses on the Christian mission by analyzing data on missionaries, finance, Bible translation, media broadcasting, and other forms of evangelization. Incorporating into the back sleeve is a DVD containing presentation-ready files of all maps, charts, graphs, and tables for classroom use.

(William Carey Library 2001). He is editor of the World Christian Database (Brill 2007) located at www.worldchristiandatabase.org.

Kenneth R. Ross is Council Secretary of the Church of Scotland World Mission Council and Honorary Fellow of the Edinburgh University School of Divinity. Previously he served as Professor of Theology at Chancellor College, University of Malawi. His books include Gospel Ferment in Malawi: Theological Essays and Here Comes Your King! Christ, Church and Nation in Malawi. Since 2001 he has chaired the Scottish Towards 2010 Council which has created energy around the centenary of the Edinburgh 1910 World Missionary Conference.

This book is distributed in North America by Columbia University Press.