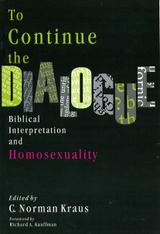 The Conference also intervened on 30 October 2017 concerning Clause 14 of Bill C-51, which included a written submission to the House of Commons’ Standing Committee on Justice and Human Rights, followed by oral presentations before the Standing Committee by the Most Reverend Lionel Gendron, P.S.S., Bishop of Saint-Jean-Longueuil and President of the CCCB and His Eminence Thomas Cardinal Collins, Archbishop of Toronto, with the assistance of Mr. Bruce F. Simpson, a partner specialized in criminal law with Barnes Sammon LLP.
END_OF_DOCUMENT_TOKEN_TO_BE_REPLACED END_OF_DOCUMENT_TOKEN_TO_BE_REPLACED

We the undersigned leaders of diverse faith communities and organizations in Canada, call on the Prime Minister and the Government of Canada to amend the Canada Summer Jobs guidelines and application process so that it does not compel agreement or belief, and allows religious organizations to stay true to their communal identity and beliefs. The new application requires each organization to give non-negotiable and unqualified affirmation of certain beliefs held by the current government.

Canada has a long history of cooperation and collaboration between religious organizations and governments in our health care and social welfare systems, and in many other areas of life.