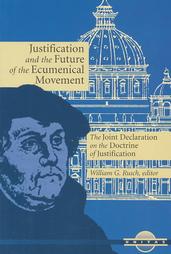 The Lutheran-Roman Catholic Commission on Unity had its fourth meeting from 12-19 July 2012 at the “Johann-Adam-Möhler-Institut für Ökumenik” in Paderborn, Germany. This is the fifth round for an official dialogue which began already in 1967. Looking toward the 500th Reformation anniversary in 2017, the Commission noted that this year will mark also the 50th anniversary of this process of dialogue. Harvesting the results of this ecumenical work, the Commission finalized a document “From Conflict to Communion: Lutheran-Catholic Common Commemoration of the Reformation in 2017.”
END_OF_DOCUMENT_TOKEN_TO_BE_REPLACED END_OF_DOCUMENT_TOKEN_TO_BE_REPLACED

Luther Had No Intention of Dividing the Church

The Special Envoy of the Evangelical Church in Germany for the 2017 Reformation Jubilee, Margot Kässmann, renewed her call for a joint Catholic-Protestant Reformation commemoration. At a meeting in Wittenberg in October, Kässmann said she thinks “a strictly sectarian Reformation Jubilee is not appropriate.” Martin Luther wanted to reform his church, not divide it. “This could be a yardstick for us, too,” she added. She also turned down a proposal by the Vatican’s “ecumenical minister” Kurt Cardinal Koch for a Protestant-Catholic acknowledgment of guilt on this occasion. “One should not speak of a ‘jubilee’, but rather of a ‘Reformation commemoration,’ for we cannot celebrate a sin,” said the president of the Pontifical Council for Promoting Christian Unity in September in Vienna. “Protestants cannot go along with this,” Kässmann said.
END_OF_DOCUMENT_TOKEN_TO_BE_REPLACED END_OF_DOCUMENT_TOKEN_TO_BE_REPLACED

Baptism the focus of trilateral dialogue by Mennonites, Catholics and Lutherans

An international trilateral dialogue between Mennonites, Catholics and Lutherans began in Rome, 9-13 December 2012.

According to a joint release issued after the Rome meeting, the overall theme of the five-year process is “Baptism and Incorporation into the Body of Christ, the Church.” The release further stated: “This innovative trilateral forum will allow the dialogue to take up questions surrounding the theology and practice of baptism in the respective communions.”

LWF Assistant General Secretary for Ecumenical Relations Rev. Dr Kaisamari Hintikka said the publication From Conflict to Communion: Lutheran–Roman Catholic Common Commemoration of the Reformation in 2017 contributes to strengthening the commitment to work for the visible unity of the Church. It will be presented to the LWF Council at its meeting this June.
END_OF_DOCUMENT_TOKEN_TO_BE_REPLACED END_OF_DOCUMENT_TOKEN_TO_BE_REPLACED

Two member churches of the World Council of Churches (WCC) from Reformed and Lutheran traditions have united to become the United Protestant Church of France (L’Église Protestante Unie de France). The merger of the Reformed Church of France (L’Église Réformée de France) and the Evangelical Lutheran Church of France (L’Église Évangélique Luthérienne de France) was celebrated at a joint national synod from 8 to 12 May in Lyon, France. The synod adopted revised texts for the constitution and rules of the new church. The revisions reflect inputs gathered from parishes in 2011. Public education and a communication campaign have been accompanying the merger process. WCC general secretary Rev. Dr Olav Fykse Tveit, who attended the celebration in Lyon, praised the efforts of both churches in creating one transformative structure. He said that this undertaking “reminds us that the unity to which we are called in Christ can be hard work as well as joyful. For many of us in places far away from France your union gives hope that our own work may also bear fruit.”
END_OF_DOCUMENT_TOKEN_TO_BE_REPLACED END_OF_DOCUMENT_TOKEN_TO_BE_REPLACED

Close to 1,000 Anglicans and Lutherans from across Canada will be gathering in Ottawa in July for what the Anglican Primate, Archbishop Fred Hiltz, says is an “historic and exciting moment” in church history.

For the first time since 2001, when they signed a declaration of full communion, the Anglican Church of Canada (ACC) and the Evangelical Lutheran Church in Canada (ELCIC) will be holding a joint assembly from July 3-7 at the Ottawa Convention Centre.

With the theme of “Together for the love of the world,” it will be a meeting quite unlike any other meeting,” say Archbishop Hiltz and Lutheran National Bishop Susan Johnson.

Many have reacted to these changes with grief and anger. In their outrage some have understandably focused on the neglect and carelessness, both in private industry and in government regulation, that have contributed to these changes. However, an honest accounting requires a recognition that we all participate both as consumers and investors in economies that make intensive and insistent demands for energy. In addition, as citizens we have chosen to support or acquiesce in policies that shift the burdens of climate change to communities that are most vulnerable to its effects. People who are already challenged by poverty and by dislocation resulting from civil war or famine have limited resources for adapting to climate change’s effects.
END_OF_DOCUMENT_TOKEN_TO_BE_REPLACED END_OF_DOCUMENT_TOKEN_TO_BE_REPLACED 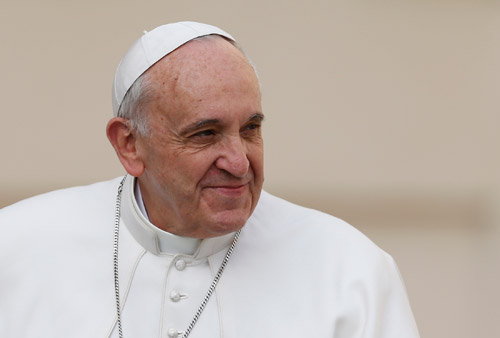 Christianity has something to say about human dignity, and “it would be a shame” if differing positions on the sanctity of all human life or on marriage were to increase the divisions among Christian churches and communities, Pope Francis said. “Questions related to the dignity of the human person at the beginning and end of life, as well as those related to the family, marriage and sexuality, cannot be concealed or overlooked just because we do not want to jeopardize the ecumenical consensus already reached,” he said Dec. 18 during a meeting with German Catholics and Lutherans. “Ecumenical dialogue today can no longer be separated from the reality and lives of our churches,” the pope told leaders of the German Lutheran Church and members of the German Catholic bishops’ ecumenical commission. Pope Francis praised the German Catholic-Lutheran dialogue commission for its joint study on “God and human dignity,” a study which is drawing to a close. Different theological understandings of the church and different opinions about what would constitute unity also seem to be moving Christians further from one another, Pope Francis said; but instead of resigning themselves to their divided state, “we must concentrate on the next possible step.” After 50 years of formal dialogue he said, “the notable progress that, with the help of God, has been made is a solid foundation of sincere friendship lived in faith and spirituality.”
END_OF_DOCUMENT_TOKEN_TO_BE_REPLACED END_OF_DOCUMENT_TOKEN_TO_BE_REPLACED