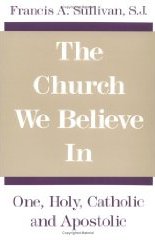 The next generation of Canadian rabbis will be able to point to the Catholic roots of their training – or at least of their school. The Canadian Yeshiva and Rabbinical School will begin offering classes this fall in a classroom at the University of St. Michael’s College Faculty of Theology, part of the Toronto School of Theology (TST).

This demographic transformation — complicated by pockets of Muslim militancy on the one hand and, especially after Sept. 11, western Islamophobia on the other — has shifted the focus of interreligious dialogue. The conflict between Israel and the Palestinians has also become a factor.
END_OF_DOCUMENT_TOKEN_TO_BE_REPLACED END_OF_DOCUMENT_TOKEN_TO_BE_REPLACED

Muslim leaders from across the globe knelt in prayer for the Holocaust dead at Auschwitz’s notorious Wall of Death on Wednesday, in an emotional visit to the Nazi German death camp in southern Poland.

“We understand the confusion and deep emotions stirred by real and apparent acts of aggression and discrimination by certain Muslims against non-Muslims, often against Christians abroad,” the bishops wrote. “Along with many of our fellow Catholics and the many Muslims who themselves are targeted by radicals, we wish to voice our sadness, indeed our outrage, over the random and sometimes systematic acts of violence and harassment—acts that for both Christians and Muslims threaten to disrupt the harmony that binds us together in mutual support, recognition, and friendship.”
END_OF_DOCUMENT_TOKEN_TO_BE_REPLACED END_OF_DOCUMENT_TOKEN_TO_BE_REPLACED

The World Council of Churches (WCC) general secretary Rev. Dr Olav Fykse Tveit has welcomed publication of an open letter by a group of 126 Muslim scholars to Abu Bakr Al-Baghdadi, leader of the self-proclaimed “Islamic State” (IS) and his followers.

The letter, issued on 24 September, condemns actions of the IS from an Islamic religious perspective.

“The meticulous, detailed and scholarly rebuttal of the claims of the IS to represent authentic Islam offered by this letter will be an important resource for Muslim leaders who seek to enable people of all religions to live together with dignity, respecting our common humanity.”

“I am especially concerned at present for the safety and flourishing of Christian communities in the Middle East, as well as in other continents. This document is a significant contribution to how we together as people and leaders from our faith perspective and address threats to our one humanity,” Tveit said.

“We look forward to continuing to collaborate with our key Muslim friends and partners, a number of whom are signatories of this letter, to work together with them for peace and justice throughout the Middle East and in other parts of the world,” Tveit concluded.

The events of recent times cause many of us to ask: ‘Is there still space for dialogue with Muslims?’. The answer is: yes, more than ever. Firstly because the great majority of Muslims themselves do not identify with the current acts of barbarism. Unfortunately today the word ‘religious’ is often associated with the word ‘violence’, whereas believers must demonstrate that religions are required to be heralds of peace and not violence. To kill in the name of religion is not only an offence to God, but it is also a defeat for humanity.
END_OF_DOCUMENT_TOKEN_TO_BE_REPLACED END_OF_DOCUMENT_TOKEN_TO_BE_REPLACED