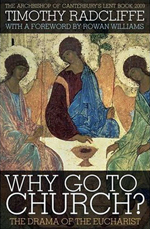 For more than two years, a group of Evangelical and Catholic Christians in Saskatoon have been meeting to talk about their common faith in Jesus Christ, discussing what is shared, as well as examining where their understandings and convictions differ.

Formally appointed by the Roman Catholic Diocese of Saskatoon and the Saskatoon Evangelical Ministers Fellowship, the local dialogue group is now in the process of writing a joint statement, just as a second Catholic-Evangelical worship service is being planned for Saskatoon Nov. 14.

It was after the first shared worship service in March 2011 at St. Paul’s Catholic Cathedral that a small group of church and ecumenical leaders met to try and find ways for the two traditions to further engage in common prayer, common witness, common mission and common study. A dialogue group was subsequently launched, with the first meeting held in December 2011.

Rev. Harry Strauss, associate pastor at Forest Grove Community Church (left) and a member of the Saskatoon Evangelical Ministers Fellowship, and Nicholas Jesson, ecumenical officer for the Roman Catholic Diocese of Saskatoon, are part of the 20-member dialogue group, which includes 10 representatives from each tradition.

Both Strauss and Jesson are also serving on a four-member committee that is now drafting a joint statement emerging from two years of conversation, study and relationship building.

Strauss describes the joint statement: “We confess our common faith, we acknowledge our differences and we affirm our common mission.”

James E. Winkler, general secretary of the United Methodist General Board of Church and Society, has been elected General Secretary/President of the National Council of Churches by the NCC Governing Board meeting here.

After serving as the National Council of Churches’ executive leader for the briefest tenure in the Council’s history, Peg Birk can also look back on the most comprehensive restructuring and redirecting of the NCC since its founding in 1950.

Birk, a nationally known change management expert and Congregational laywoman, took office as Transitional General Secretary of the NCC in July 2012 with the understanding she would serve with the sole purpose of guiding an historic re-envisioning and restructuring of the financially beleaguered Council.

Now, with a new President and General Secretary about to take office and a new organizational structure in place, Birk is returning home to Minneapolis, Minn., on January 1.

The Rev. A. Roy Medley, Chair of the NCC Governing Board, said Birk has been “a tireless and resourceful leader for the Council at a critical point in its history.”

Birk “worked skillfully with board and staff to guide an essential reexamination of the Council’s ministries and resources,” Medley said, “and the NCC is in a far stronger position for mission than it was 18 months ago. We are grateful for her service.”

The NCC’s Past President, Kathryn Lohre, who worked closely with Birk during the transition, said, “The Council is deeply indebted to Peg Birk for leading this 18 month transition with grace, stamina, wisdom, and tenacity,” 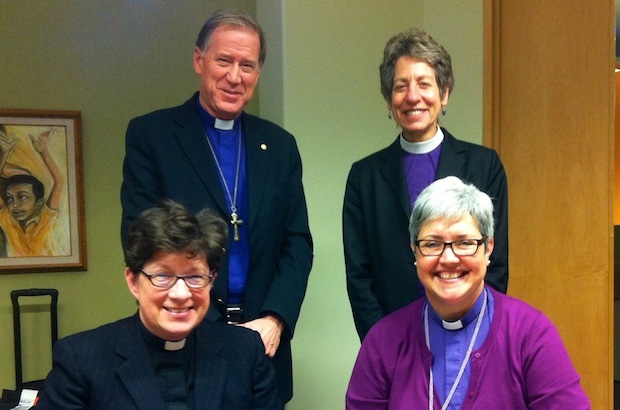 Vavrek said the ecumenical board of Anglican, Evangelical Lutheran, Roman Catholic faith traditions and representatives from the Franciscans and the Regina Archdiocese will continue to govern but other options are being considered. “Yes, we have sort of tested the waters to see what interest there might be but our number one priority is to find a way to continue as St. Michael’s Retreat Ministries,” said Vavrek.
END_OF_DOCUMENT_TOKEN_TO_BE_REPLACED END_OF_DOCUMENT_TOKEN_TO_BE_REPLACED

Meeting at the Disciples of Christ Historical Society in Nashville, Tennessee on January 8-12, 2014, the agenda focused upon two areas: (1) reviewing the previous four phases of dialogue (which have taken place from 1977 to 2009); and, (2) exploring the place of the Eucharist (the Lord’s Supper) in the life and practice of the Disciples and the Catholic traditions.
END_OF_DOCUMENT_TOKEN_TO_BE_REPLACED END_OF_DOCUMENT_TOKEN_TO_BE_REPLACED

In 1923, a schoolteacher priest of Lyons started devoting his spare time to helping the 10,000 refugees from Bolshevism camped and lodged around the city and its suburbs. It was his first encounter with a Christianity that was not Roman Catholic. Thus he learned the friendship of receiving as well as giving, finding great respect for the Orthodox clergy and people in their moment of destitution, as his heart opened to their faith and the beauty of their worship. He was astonished to find Catholics from the old Russian Empire who were not Latins, but Eastern Christians who maintained their unity with the Bishop of Rome with roots to before the Great Schism. Over the next decade, Paul Couturier became convinced of the need for Christian unity, and in 1935 he took hold of the Catholic Church Unity Octave, founded in 1908, and developed it into a “Universal Week of Prayer for the Unity of Christians in the charity and truth of Christ”. Inspired by the holiness of the Orthodox, beyond this world he imagined an “invisible monastery”, in which all could unite in prayer to God in Heaven, in the hope of seeing the same union realised in the Church here. He took for his motto the saying of Metropolitan Platon Gorodetsky of Kiev: “The walls of separation do not rise as far as Heaven.”
END_OF_DOCUMENT_TOKEN_TO_BE_REPLACED END_OF_DOCUMENT_TOKEN_TO_BE_REPLACED