The paradox of our era in the modern North Atlantic world is that while we are probably objectively more secure against the casual daily risk of violence than our ancestors, we are more anxious and more outraged by the prospect as well as the reality of violence, and more prone to extend its meaning to forms of offensive or menacing speech and action that would not have registered for those ancestors. We are, in a word, more preoccupied with violence; hence the subtitle, A Modern Obsession.
END_OF_DOCUMENT_TOKEN_TO_BE_REPLACED END_OF_DOCUMENT_TOKEN_TO_BE_REPLACED

Whereas the gaze of Simon the Pharisee (cf. Lk 7:36) – as Maria dell’Orto wrote – saw and judged, scrutinized and condemned, excluding people, Christ’s gaze set people on their feet, identified and recognized them. In so doing he invited all, both women and men, to discernment, to asking themselves questions and to communion. In this perspective a panoramic view of Christian history leads one to consider those prophetic and charismatic female figures who, by their personal authority, in turbulent centuries, contributed to evangelizing a still pagan world and/or a Church which was hostile and divided: Saints Genevieve, Clotilda, Joan of Arc, Hildegard of Bingen, Catherine of Siena…
END_OF_DOCUMENT_TOKEN_TO_BE_REPLACED END_OF_DOCUMENT_TOKEN_TO_BE_REPLACED 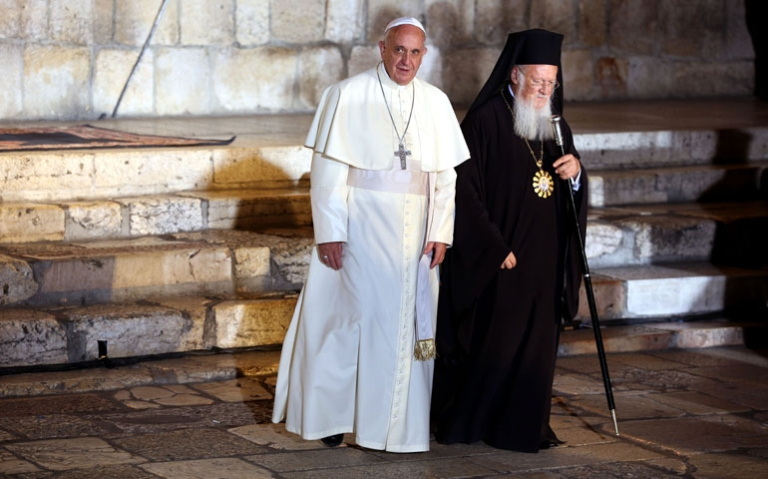 A key to the possibility of any ecumenism lies in a few basic realizations. The first is that we are all genuinely Christians, baptized into the body of Christ. This entails that there is always more that unites us than what divides us. The important essentials of the faith: the Trinity, the Incarnation, and the role that baptism plays in drawing us into the participation of the divine life are all unifying features of Christian life. In this respect, we should be grateful for the profound unity that already does exist among the majority of Christian communities (Unitatis Redintegratio, no. 3).
END_OF_DOCUMENT_TOKEN_TO_BE_REPLACED END_OF_DOCUMENT_TOKEN_TO_BE_REPLACED 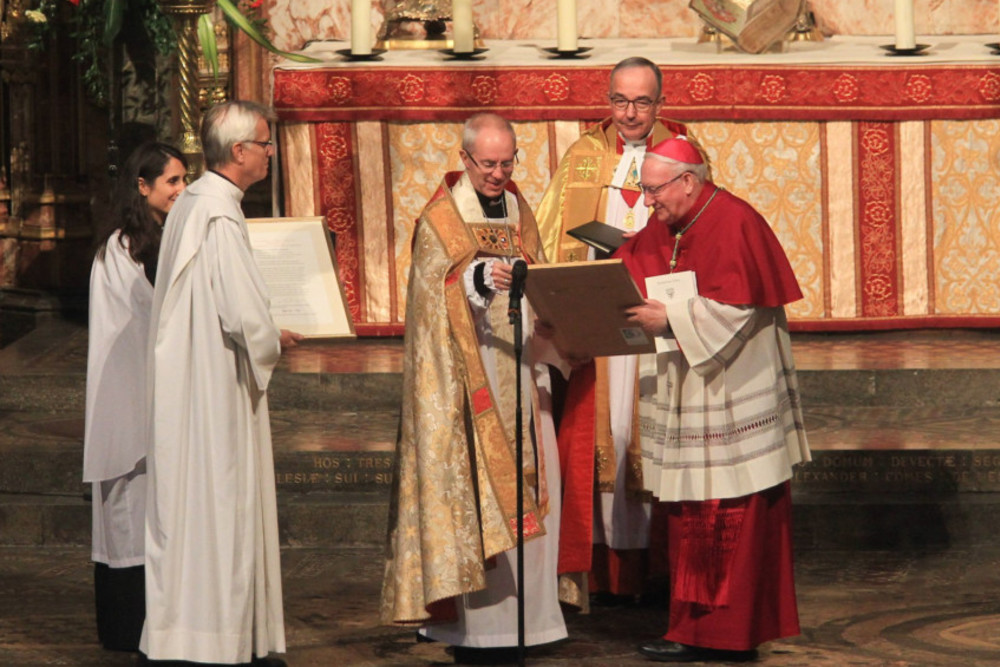 The visit of His Holiness Pope Francis to the Ecumenical Centre in Geneva during the year of the 70th Anniversary of the foundation of the World Council of Churches (WCC), will be a sign of recognition of a unique contribution of the WCC to the modern ecumenical movement. It will be an expression of the personal commitment of the Holy Father to the goal of Christian unity as expressed in many occasions. In visiting the Ecumenical Centre in Geneva, Pope Francis will follow the steps of his two predecessors Paul VI, who visited the WCC in 1969 (10 June), and John Paul II who did the same in 1984 (l2 June). The visit will be an occasion to give thanks to God for a longstanding and rich collaboration which the Catholic Church maintains with the WCC for more than half a century. Indeed, our relations began during the preparation of the Second Vatican Council. Vatican II committed the Catholic Church to the modern ecumenical movement and opened a new page in the history of our relations with the World Council of Churches generating a spirit of rapprochement and mutual understanding. Although the Catholic Church is not a member of the WCC, various dicasteries of the Roman Curia and different Catholic organizations or religious communities collaborate closely with its different programmatic areas. There is a sustained collaboration in the field of justice and peace, human rights, works of charity and humanitarian aid, especially regarding migrants and refugees, protection of creation, the youth, interreligious dialogue, mission and evangelism. The most developed is the collaboration between the WCC and the Pontifical Council for Promoting Christian Unity (PCPCU), which also takes place through various channels.
END_OF_DOCUMENT_TOKEN_TO_BE_REPLACED END_OF_DOCUMENT_TOKEN_TO_BE_REPLACED