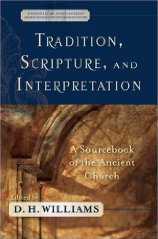 The United Church has dropped an attempt to substitute gender-neutral language for “Father, Son and Holy Spirit” in the baptism rite — a proposed change that caused concern among the church’s ecumenical partners, including the Anglican Church. About 100 groups and congregations last fall were asked their opinions of various new forms of the rite, said Fred Graham, liturgical officer for the United Church. The church is developing a new worship book, Celebrate God’s Presence. Conservatives, however, did not care for the changes — as Mr. Graham put it, “that sector in our church rose up” against alternate wording. Others felt, he said, that inclusive language was to be encouraged. At the same time, the United Church’s General Council Executive, which rules on matters of doctrine and faith, decided that such a fundamental change would need to be put to a church-wide vote.
END_OF_DOCUMENT_TOKEN_TO_BE_REPLACED END_OF_DOCUMENT_TOKEN_TO_BE_REPLACED

After the photo was published in January in the Ottawa Citizen, there was a flurry of letters to the newspaper over the issue. The story was widely covered across the country and the letters and coverage prompted a published response in the newspaper from Archbishop Marcel Gervais, Catholic archbishop of Ottawa.
END_OF_DOCUMENT_TOKEN_TO_BE_REPLACED END_OF_DOCUMENT_TOKEN_TO_BE_REPLACED

Two churches examine shared ministries: Anglican dialogue with United Church began in 2003 by Solange De Santis, Anglican Journal Nearly 30 years after the Anglican and United churches broke off merger talks, the two denominations are again discussing closer ties – but a merger is not on the table. “It’s still in an exploratory phase,
END_OF_DOCUMENT_TOKEN_TO_BE_REPLACED END_OF_DOCUMENT_TOKEN_TO_BE_REPLACED

[Anglican Journal] Rev. Shawn Sanford Beck, an Anglican priest in the diocese of Saskatoon who recently declared that he intends to marry gay couples if asked and who was asked by his bishop to reconsider his position by March 31 or risk losing his license to minister, has resigned his position.
END_OF_DOCUMENT_TOKEN_TO_BE_REPLACED END_OF_DOCUMENT_TOKEN_TO_BE_REPLACED

[Anglican Journal] Canadian Anglicans, meeting at their General Synod governing convention, voted by the slimmest of margins to defeat a proposal that would have permitted church blessing rites for gay couples. However, on the same day, the synod – also by a narrow margin – agreed that such blessings are “not in conflict with the core doctrine” of the church. Much of the sixth day of the synod was taken up with debate on the two questions, with dozens of people approaching microphones in the plenary hall to voice emotional opinions.
END_OF_DOCUMENT_TOKEN_TO_BE_REPLACED END_OF_DOCUMENT_TOKEN_TO_BE_REPLACED

The retired bishop of Eastern Newfoundland and Labrador, Don Harvey, has left the Anglican Church of Canada to become a bishop in the South American province of the Southern Cone, a decision that the primate of the Canadian church acknowledged would pose “complications” for the already fragile unity within the local church and the worldwide Anglican Communion.
END_OF_DOCUMENT_TOKEN_TO_BE_REPLACED END_OF_DOCUMENT_TOKEN_TO_BE_REPLACED

[Marites N. Sison • Anglican Journal] Addressing concerns raised by several provinces, including Canada, about granting more authority to primates and other Instruments of Unity in the Anglican Communion, an international group has released a second draft of the proposed Anglican Covenant that maintains the body’s current structures.

The St. Andrew’s draft, so-called because the Covenant Design Group met Jan. 28 to Feb. 2 at St. Andrew’s House in London, also offers “a much more carefully-drawn emphasis on provincial autonomy,” said Eileen Scully, co-ordinator for ministry and worship of the Anglican Church of Canada’s faith, worship and ministry department. Ms. Scully represented the Canadian church in the meeting of the group, which the Archbishop of Canterbury Rowan Williams appointed in 2007 in response to a request of the Joint Standing Committee of the Primates’ Meeting and of the Anglican Consultative Council.

But while underscoring the independence of provinces, a key section of the draft asks provinces to commit to a process by which they can settle disputes over matters that “threaten the unity of the Communion and the effectiveness or credibility of its mission.”

It states that provinces must be “willing to receive from the Instruments of Communion a request to adopt a particular course of action in respect of the matter under dispute.”

(The Anglican Communion is served by four “instruments of communion”: the Archbishop of Canterbury, the Lambeth Conference of bishops, Primates Meetings and the Anglican Consultative Council.)

The draft notes that, “While the Instruments of Communion have no legislative, executive or judicial authority in our provinces … we recognize them as those bodies by which our common life in Christ is articulated and sustained, and which therefore carry a moral authority which commands our respect.” But it adds, “Any such request would not be binding on a church unless recognized as such by that church.”

The covenant stops short of saying what the consequences might be for a church that refuses to adopt any request, stating only that it constitutes “a relinquishment by that church of the force and meaning of the Covenant’s purpose.”

Ms. Scully acknowledged that this is “really difficult stuff because here is where we’re trying to uphold provincial autonomy and saying that we’re autonomous in Communion … What we set out to do is to offer processes with proper checks and balances that respect the realities of provinces and the Anglican Consultative Council and the limited powers of the primates as a collective, not corporate, body.”

During its meeting, the group reviewed submissions from 13 out of 38 provinces and six extra-provincial churches, plus “a large number of responses” from groups and individuals across the Communion.

The draft will be offered for reflection to the Lambeth Conference, the decennial meeting of bishops scheduled July 16 to Aug. 3 in Canterbury, England, and to the broader Communion, after which the design group will meet anew to prepare another draft. That version will then be sent to the Anglican Consultative Council and the primates’ meeting in March 2009 as well as the provinces. It could take more meetings and more drafts, a process that could take years, before a final document can be presented to provinces for approval, said Ms. Scully.

The establishment of a covenant was one of the key recommendations of the 2004 Windsor Report, a document published by the Lambeth Commission on Communion which was created by the Archbishop of Canterbury Rowan Williams to contain a schism in the Anglican Communion over the issue of sexuality.

The latest draft of the covenant “really reflects a movement away from creating new structures,” said Ms. Scully.

In a commentary, the group noted that since “some comments indicated that the covenant was somehow ‘canonizing’ (the) four instruments of communion that have evolved in a somewhat haphazard way” it amended the text of the first draft “to allow both for the evolution of the Instruments, and to acknowledge the existence of other informal instruments and links.”

The group noted that while the covenant “does not preclude or even seek to limit the possible development of these and other Instruments, we nonetheless believe that the Instruments as now working represent a special means of faithfully maintaining our common life, and ones that need to remain at the center of our common commitments.”

The draft emphasizes that there is no intention to create a “centralized jurisdiction” and that the Instruments of Communion “cannot dictate with juridical force on the internal affairs of any province.”

Ms. Scully also said that several provinces of the Communion, including Canada, “were very key in saying, ‘we are committed to the covenant process if such a covenant enhances our mission; we need to know that this isn’t just going to be something about institutional cohesion.'”

In a commentary on the draft, the group noted the “lack of formal discursive responses from other provinces,” and expressed the hope that it “does not necessarily signal disapproval.” The group, headed by Archbishop Drexel Gomez, primate (national archbishop) of the West Indies, cited the lack of translations of text as a possible factor in the low turnout of responses from provinces.

Meanwhile, the Canadian Covenant Response Group is scheduled to meet in Winnipeg Feb. 7 to 8, to discuss how the Canadian church will respond to this latest draft.

[Anglican Journal] By a vote of 13 in favour and four against, staff at the Primate’s World Relief and Development Fund (PWRDF), the relief and development arm of the Anglican Church of Canada, voted on Feb. 8 to unionize and become part of the Canadian Union of Public Employees (CUPE).

One staff member, who asked not to be named, said the union was formed “as a mechanism to facilitate staff-management relations.” All 17 staff who were eligible to vote did so.

This is the first attempt to form a union by employees at PWRDF, which in 2001 became separately incorporated from General Synod (the governing body of the Anglican Church of Canada). An earlier attempt by all General Synod employees to unionize failed in 1997.

Staff said the formation of a union by a group associated with a church should not be seen as unusual since similar organizations like Kairos, an ecumenical peace and justice group of which the Anglican Church of Canada is a member, are themselves unionized.

They added that the PWRDF’s work involves working with unions and unionized workers. “In a way, we’re putting our money where our mouth is. We’ve always believed in the rights of workers to organize themselves,” said the staffer in an interview.

PWRDF management did not raise any objections when a notice came from the Ontario Labour Relations Board that employees had made an application to form a union.

Under labour law, an employer is allowed to raise any questions or objections about plans to form a union five days before employees cast their votes.

The quiet campaign to unionize began in mid-fall. “Having looked at various options, it was thought that unionizing was the best,” the staffer added.

CUPE, which has more than 500,000 members across Canada, represents workers in various sectors including healthcare, education, libraries, social services, transportation, and municipalities.

Archbishop Fred Hiltz, primate of the Anglican Church of Canada and president of PWRDF’s board of directors, said that he would consult with board members and the fund’s executive director, Cheryl Curtis, before making any comment.

One of Mr. Kawuki-Mukasa’s responsibilities will be to staff conversations about the issue of sexuality as mandated in 2007 by General Synod, the national governing body of the Anglican Church of Canada. He will also staff the human life task force, which looks at issues of ethics, and will represent the Canadian Anglican church at inter-faith dialogues and “foster the network of practitioners of congregational development,” according to the announcement.

Ordained a priest in the Church of Uganda in 1985, Mr. Kawuki-Mukasa has been exercising his ministry in Canada since 1992. He has served in the ecumenical shared ministry parishes of Lynn Lake and Snow Lake, Man., diocese of Brandon. He was also a member of the faculty of the Centre for Christian Studies and a consultant for ethnic ministries for the United Church of Canada.

Mr. Kawuki-Mukasa completed a PhD in theology and interdisciplinary studies from the Toronto School of Theology in 2005. He has a masters degree from the University of Zimbabwe, a master of divinity from the Nairobi School of Theology, and a bachelor of arts in political science from Makerere University in Kampala, Uganda.

Recently, he has been helping the diocese of Toronto develop relations with Anglican dioceses in Africa, said Canon Alyson Barnett-Cowan in a notice announcing Mr. Kawuki-Mukasa’s appointment. “He has written extensively and participated in many events discussing issues in the Anglican Communion today. He will bring an important perspective into the work of the General Synod at this time,” she added.