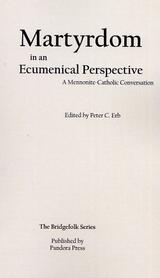 “We are concerned that parliamentary procedure may not be the most helpful way to discern the mind of the Church, or of the Spirit, in this matter,” it stated. “We would ask those in charge of designing the process whereby the draft resolution comes to the floor…to consider ways in which trust and understanding can be deepened and promoted.”
END_OF_DOCUMENT_TOKEN_TO_BE_REPLACED END_OF_DOCUMENT_TOKEN_TO_BE_REPLACED

Lutheran-Catholic ‘Declaration on the Way: Church, Ministry and Eucharist’

“Five hundred years ago wars were fought over the very issues about which Lutherans and Roman Catholics have now achieved consensus,” said ELCA Presiding Bishop Elizabeth A. Eaton. “Church, ministry and Eucharist have been areas of disagreement and even separation between our two churches, and we still have work to do both theologically and pastorally as we examine the questions. The declaration is so exciting because it shows us 32 important points where already we can say there are not church-dividing issues between us, and it gives us both hope and direction for the future,” she said.
END_OF_DOCUMENT_TOKEN_TO_BE_REPLACED END_OF_DOCUMENT_TOKEN_TO_BE_REPLACED

An historic consultation of church leaders, drawn from 56 nations, to focus on intensifying ‘discrimination, persecution and violence’ against Christian communities around the world has called on churches globally to pray, support and be in solidarity with those suffering persecution due to their faith. In a two pronged response the leaders: offered “repentance” for times when churches had “persecuted each other and other religious communities in history”; and, urged churches “to urgently strengthen the solidarity of all Christians” in the face of discrimination, persecution and martyrdom in the 21st century. In a greeting from the Vatican, Pope Francis said, “I think with great sadness of the escalating discrimination, and persecution against Christians in the Middle East, Africa and Asia and elsewhere throughout the world. “In various parts of the world, the witness to Christ, even to the shedding of blood, has become a shared experience of Catholics, Orthodox, Anglicans, Protestants, Evangelicals and Pentecostals,” he said. The consultation also called on governments to “respect and protect the freedom of religion and belief of all people as a fundamental human right.”
END_OF_DOCUMENT_TOKEN_TO_BE_REPLACED END_OF_DOCUMENT_TOKEN_TO_BE_REPLACED

The comment was made in a communiqué issued by the Commission after their meeting last week in Elmina, Ghana, in the Province of West Africa’s Diocese of the Cape Coast. The Commission say that they are “greatly heartened” by the forthcoming meeting and are “ready to assist in any way consistent with its remit.”
END_OF_DOCUMENT_TOKEN_TO_BE_REPLACED END_OF_DOCUMENT_TOKEN_TO_BE_REPLACED

Having met this week in Canterbury, England, the Primates of the Anglican Communion committed–even in the face of deep differences of theological conviction concerning same sex marriage–to walk together and not apart. Our conversations reflected the truth that, while the Anglican Communion is a family of autonomous Churches in communion with the see of Canterbury, we live by the long-held principle of ‘mutual responsibility and inter dependence in the Body of Christ’. While our relationships are most often characterized by mutual support and encouragement, there are times when we experience stress and strain and we know our need for the grace of God to be patient with each other. Such was the experience of the primates this week. We struggled with the fragility of our relations in response to the actions taken by the General Convention of The Episcopal Church in changing its canon on marriage, making provision for the blessing of same sex marriages. We talked, prayed and wrestled with the consequences considered by the meeting. Some of us wept.
END_OF_DOCUMENT_TOKEN_TO_BE_REPLACED END_OF_DOCUMENT_TOKEN_TO_BE_REPLACED

All of the Primates have declared that they will attend the Synaxis in person, with the exception of Their Beatitudes Patriarch John X of Antioch and Metropolitan Sawa of Poland, who are prevented for health reasons, and Archbishop Ieronymos of Athens and All Greece, for personal reasons, while all three will be represented by officially authorized representatives.
END_OF_DOCUMENT_TOKEN_TO_BE_REPLACED END_OF_DOCUMENT_TOKEN_TO_BE_REPLACED

During the Synaxis, whose sessions were held in the apostolic spirit of “speaking the truth in love” (Eph. 4.15), in concord and understanding, the Primates affirmed their decision to convene the Holy and Great Council. The Council will be held at the Orthodox Academy of Crete from June 16th to 27th, 2016. To this end, the Primates humbly invoke the grace and blessing of the Holy Trinity and fervently invite the prayers of the fullness of the Church, clergy and laity, for the period leading to and the sessions of the Holy and Great Council.
END_OF_DOCUMENT_TOKEN_TO_BE_REPLACED END_OF_DOCUMENT_TOKEN_TO_BE_REPLACED 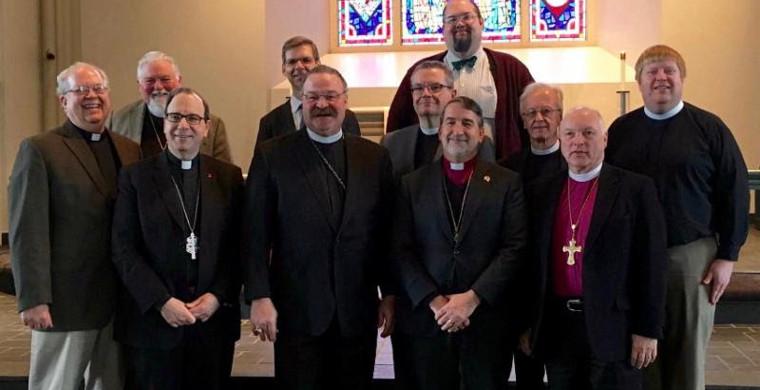