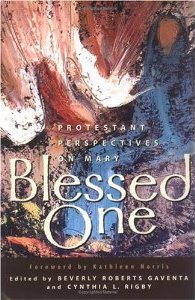 The Commission brought to completion the first section of its work on the theological understanding of the human person, with the adoption of its agreed statement, In the Image and Likeness of God: A Hope-Filled Anthropology. The report, shortly to be published, is the culmination of six years of study on what Anglicans and Orthodox can say together about the meaning of human personhood in the divine image.
END_OF_DOCUMENT_TOKEN_TO_BE_REPLACED END_OF_DOCUMENT_TOKEN_TO_BE_REPLACED

As bishops of The Anglican Church of Canada we are very grateful for the work of Canada’s Truth and Reconciliation Commission. Many of us have participated in the local, regional, and national gatherings hosted by Chief Justice Murray Sinclair, Dr. Marie Wilson, and Chief Wilton Littlechild. At the heart of every gathering was the opportunity for survivors of the Indian Residential Schools to tell their stories. We recognize the tremendous courage of all who shared their experiences of loneliness, humiliation and abuse. We commend the Commissioners for their steadfastness in listening to these stories and ensuring that they are never lost but preserved for all time in the National Center for Truth and Reconciliation in Winnipeg. Having heard the testimony of thousands of former students and the inter-generational impact of their experiences on their families, the Commissioners issued at the Closing Ceremonies for the TRC in Ottawa in June, 94 Calls to Action.
END_OF_DOCUMENT_TOKEN_TO_BE_REPLACED END_OF_DOCUMENT_TOKEN_TO_BE_REPLACED

“We are concerned that parliamentary procedure may not be the most helpful way to discern the mind of the Church, or of the Spirit, in this matter,” it stated. “We would ask those in charge of designing the process whereby the draft resolution comes to the floor…to consider ways in which trust and understanding can be deepened and promoted.”
END_OF_DOCUMENT_TOKEN_TO_BE_REPLACED END_OF_DOCUMENT_TOKEN_TO_BE_REPLACED

An historic consultation of church leaders, drawn from 56 nations, to focus on intensifying ‘discrimination, persecution and violence’ against Christian communities around the world has called on churches globally to pray, support and be in solidarity with those suffering persecution due to their faith. In a two pronged response the leaders: offered “repentance” for times when churches had “persecuted each other and other religious communities in history”; and, urged churches “to urgently strengthen the solidarity of all Christians” in the face of discrimination, persecution and martyrdom in the 21st century. In a greeting from the Vatican, Pope Francis said, “I think with great sadness of the escalating discrimination, and persecution against Christians in the Middle East, Africa and Asia and elsewhere throughout the world. “In various parts of the world, the witness to Christ, even to the shedding of blood, has become a shared experience of Catholics, Orthodox, Anglicans, Protestants, Evangelicals and Pentecostals,” he said. The consultation also called on governments to “respect and protect the freedom of religion and belief of all people as a fundamental human right.”
END_OF_DOCUMENT_TOKEN_TO_BE_REPLACED END_OF_DOCUMENT_TOKEN_TO_BE_REPLACED

The comment was made in a communiqué issued by the Commission after their meeting last week in Elmina, Ghana, in the Province of West Africa’s Diocese of the Cape Coast. The Commission say that they are “greatly heartened” by the forthcoming meeting and are “ready to assist in any way consistent with its remit.”
END_OF_DOCUMENT_TOKEN_TO_BE_REPLACED END_OF_DOCUMENT_TOKEN_TO_BE_REPLACED

Having met this week in Canterbury, England, the Primates of the Anglican Communion committed–even in the face of deep differences of theological conviction concerning same sex marriage–to walk together and not apart. Our conversations reflected the truth that, while the Anglican Communion is a family of autonomous Churches in communion with the see of Canterbury, we live by the long-held principle of ‘mutual responsibility and inter dependence in the Body of Christ’. While our relationships are most often characterized by mutual support and encouragement, there are times when we experience stress and strain and we know our need for the grace of God to be patient with each other. Such was the experience of the primates this week. We struggled with the fragility of our relations in response to the actions taken by the General Convention of The Episcopal Church in changing its canon on marriage, making provision for the blessing of same sex marriages. We talked, prayed and wrestled with the consequences considered by the meeting. Some of us wept.
END_OF_DOCUMENT_TOKEN_TO_BE_REPLACED END_OF_DOCUMENT_TOKEN_TO_BE_REPLACED